Hey, have you just coded something really, really cool, and then without forethought, or agenda of any sort, made it available to your dev buddies to relish?

Well, thanks then — You simply rock!

Developers don’t have to go back reinventing the wheel; on the contrary, it helps them stand on the shoulders of giants. No, seriously!

So, if you think this world is a selfish place and does not believe in ‘paying it forward,’ think again! The development world, at least, is generous to a fault, dominated by inordinately generous developers. You will find scores and scores of open source libraries, wherein hundreds and thousands of developers have freely given away best pieces of their work to their dev mates to help them build and scale up their apps.

An app intro? Yep, I know, this is a no-brainer. Tell me, which app doesn’t need one? But then, now you have an excuse for not building one. Yes, thanks to Android’s open source library called ‘Appintro’ you just have to copy-paste the readily available code to your existing code, to get that exciting intro up and running in next to no time.
Example: Numix Hermes

If you are not happy with the current default font of your android application…change it: now. But, how? Simple: Try Typekit. Nothing more. Config the font of your choice in the application class and use it the way you want.

Wish to view date, time & recurrence option from a single user-interface inside your app? Without much ado, add SublimePicker code to your app. 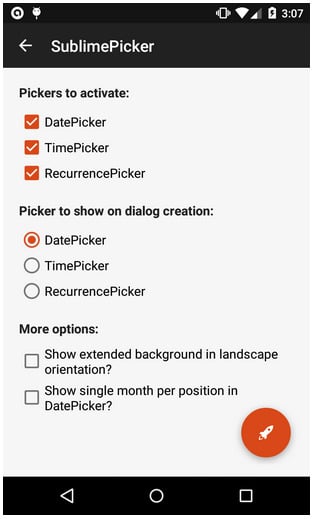 If Sunrise Calendar app takes your breath away, then SlikCal should equally wow you. Just embed this library in your app and you will have a calendar up-close with you forever.

Wish to make your app more alive and ticking? Go on and add animations. Plain and simple. Creating animations is a laborious process, but good libraries make them seem easy.

If you are aiming to incorporate a set of regular view animations, check out AndroidViewAnimations.

If you are drawn to downloading images from the web often, then Picasso can easily come to your aid. No doubt, there are other libraries as well that perform similar work, but Picasso is highly popular among developers, for that matter, even among our OpenXcell developers. And there are two good reasons for it. It uses a single code and it’s inordinately intuitive. 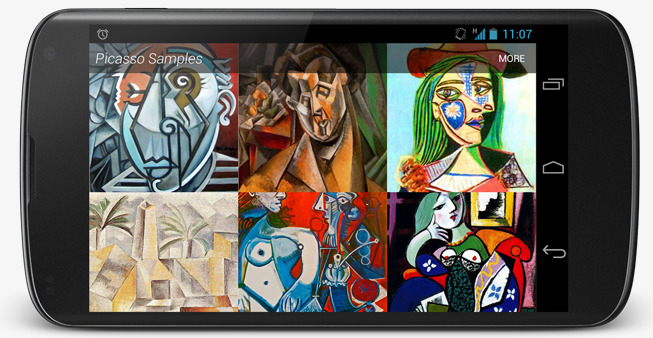 As a developer, you may have encountered this many times. When you are downloading images and titles into the listview the UI literally goes blank, until all the images get downloaded.

Enter Asynchronous image loading libraries which ensure that your UI is up and about, despite the downloading process that happens in the background. In other words, the user is free to play the already loaded data on the screen, given that it doesn’t come in the way of the main UI thread. More than anything, as and when the images gets downloaded it’s instantly available to the designers to tinker with.

Is your app prone to out of memory crashes often? Why don’t you try leakcanary. Embed this open source code (there’s just one line) into your apps to automatically detect memory leaks in your debug builds. If there are leaks it sends an automatic notification prompting you to take action on an immediate basis; thereby cutting down the chances of ‘out of memory’ crashes. 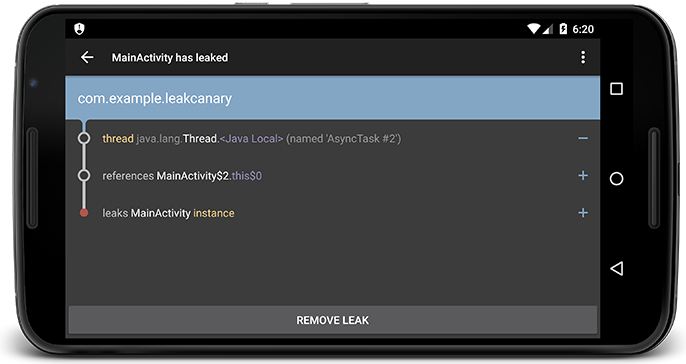 If your HTTP is giving your problems, take a break. Move over to OkHttp. It’s actually a client of HTTP, but then it’s efficient by default which ensures that your stuff loads faster, and at the same time saves on your valuable bandwidth as well.

Major Plus Points of this code:

If you are a quote addict this is one for you. I am one, for that matter, so surely this is going to go in my app. This lovely library is kind of a social platform for sharing quotes and wise sayings. So, go on, and share good quotes and wisdom by adding this code to your app, once it’s ready. As of now, it’s still work-in-progress.

Picks From Our In-house team of Android Developers

Our in-house team of Android Developers have this naive habit of consistently curating their ‘go-to’ list of opensource libraries. So, we decided to approach a few developers, whom we hold in high opinion, to know about their latest faves.

So, here’s the list of Open source libraries our in-house Android Developers have taken a big liking to. Of course, Picasso ranks on top of their radar, the other five include:

Wish to add new animations to your older apps? Take a chill pill with Nine old Android animations. This open source library is compatible up to API 11.

Gson is a Java library that gives new JSON representation to Java Objects. It can also be used to convert a JSON string to an equivalent Java object. It’s a chore that has to be undertaken often if you are communicating with APIs. We use JSON because it’s easier than XML and light in weight.

It’s a real-time API for mobile applications. About 170,000 developers are totally smitten by it, using it to track over 540,000 apps. Our developers can fit this awesome API in your app in next to no time and get you real-time insights about your app’s performance. If you wish, our developers can even set up advanced analysis to help our clients gain a better understanding of what users are doing with their apps.

Flurry Analytics is free at all scales and besides android apps, you can even use it for iOS, Blackberry, Windows Phone, and mobile web as well.

Apps crash. That’s very normal. However, it always nice to know about the crash, especially the moment it happens. Take heart. Accra is here to help you with that. We will embed the Acra code in your application to help you know when the app has crashed or is behaving erroneously. Over 40M apps are using ACRA as of Jan 15.

Like it or not, you need to embed social media API’s in your app as well. There is Facebook SDK, Twitter SDK, open source libraries that our developers will embed it for you in your apps.

Of course, there’s more to open source libraries than the list given here. Here, we have added only those that our developers regularly use or have taken a fancy too. However, if you are curious to know more about them, go on and check out GitHub and StackOverflow. And, in case, you have few on your fingertips, something that has always stopped you dead in your tracks, go ahead and share in the comment box. We’d love to hear from you.