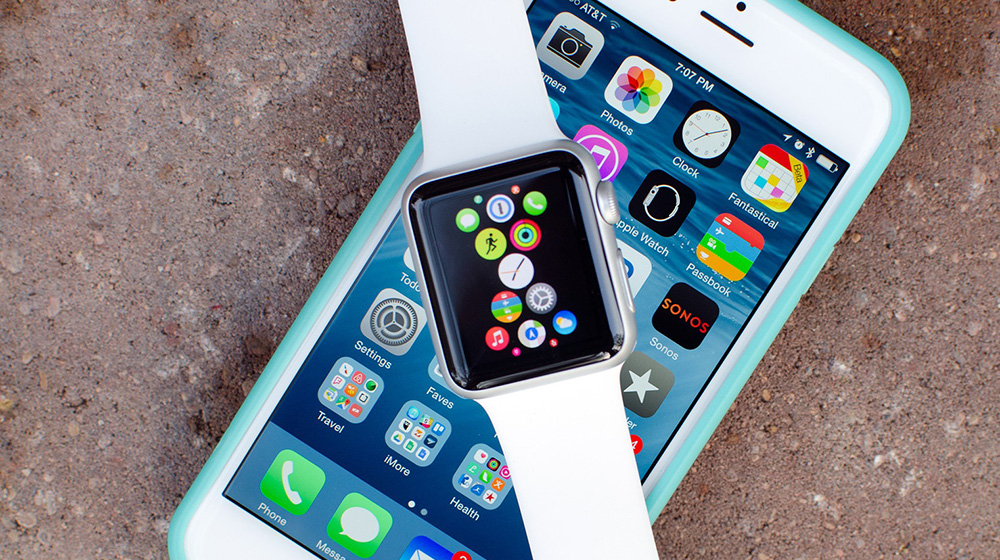 Apple Watch, undoubtedly, is the hottest new wearable technology of modern times, what with predictions of 20 million units to be sold this year. But, what makes it so hot is its hottest array of apps: 3000 apps are already available on this smart watch.

Yes, there’s a growing niche for apps for Apple Watches. And, it has been, literally, whetting the appetite of developers these days. But, what if i tell you, a standalone third-party app doesn’t stand a chance on Apple Watch.

Ya, you will be taken aback a little on knowing this, but the fact of the matter remains: you need to make your existing iPhone apps “Apple Watch ready,” and not spent your precious time and money building any standalone app. Apps for the Apple Watch are just mere extensions of your favorite apps that you have simply grown used to on your iPhones. Standalone applications stand no chance now, probably they’ll have their time at the year end.

Now the big question: How to make your iPhone app Apple Watch Ready? Drum roll, please. Nope, this is no rocket science. Just peruse Apple’s portal on WatchKit apps and that’s about it. You will be familiar with all the ins and outs of Apple Watch apps in next to no time. And as they usually do, Apple staff has given a play-by-play breakdown on how to optimize the WatchKit apps, making it easy for developers to work on the same.

Here we have managed to extract and present some highlights, which we think are good enough to at least get you started.

1] Pair Apple Watch and your iPhone

Why WatchKit app is indispensable? Because it’s the Apple’s platform for developing an Apple Watch, which in turn would help third-party devs to develop apps for the watch. It contains a storyboard and resource files that would help manage an app user’s interface.

The working of a WatchKit extension : In layman’s lexicon, the WatchKit contains the code that connect the dots between iPhone app with WatchKit app. Simply put, it establishes the link between an iPhone and Apple Watch. It manages app user’s interface and is intuitively designed to respond to user interactions.

And, as we know what makes Apple Watches really cool is its user interaction feature. As in, it offers user full-app experience by allowing them to open the app from the home screen itself, whereby it displays the full interface of the app, complete with multiple screens of content, making it really easier for the user to interact with the app’s data.

Some more knowledge sharing on WatchKit App : A WatchKit app offers the basic framework to users to launch their apps on the home screen of the watch. It provides a full user interface that help users control and interact with different apps, though with the help of a WatchKit extension. As in, when an app is launched on Apple Watch, the WatchKit extension that runs in the background of an iPhone makes update on the user interface of the watch and even responds to user interactions.

WatchKit extension, on the other hand, contains all the code related to content management, user interactions, and also help make updates on the user interface. Simply put, it’s a system that makes an iPhone and Apple Watch work in tandem to perform tasks that they are cut out for.

a] WatchKit Apps:
In addition to full user interface display, you can even launch, control, and interact with your app.

b] Glance Interfaces:
A quick view of your app, complete with quick bytes of information

c]Custom Interfaces for Actionable Notifications:
You can also have actionable notifications build and designed with the WatchKit that help users to take prompt action from their wrist.

How to optimize or upgrade your WatchKit App

Update Xcode and iOS SDK. As in, update Xcode to Xcode 6.2 which comprises iOS 8.3 SDK with WatchKit. And as mentioned earlier, Apple portal offers additional details and resources for designing a WatchKit app, not to mention, details about Apple Watch’s Human Interface Guidelines.

Apple’s portal presents a comprehensive set of design resources that help create WatchKit app, Glance, and notifications. It consists of an array of templates for interfaces, glances, notifications and home screen icons. You will also find detailed specifications on control sizing, layout, an icon style guide, text sizes and so much more.

Your WatchKit app icon should look similar to the iOS app icon, which will make it easier for users to establish the connection.

Your app preview should contain the footage of your iPhone app and it should confined within the app. You cannot show a WatchKit app in the preview.

Keywords sharing between your iPhone app and your WatchKit app should not exceed 100 characters. Avoid terms such as watch and app; avoid phrase such as Apple Watch, this will help you make the most of the 100 character count.

Before you submit your app ensure that it complies with all the app review guidelines, and more importantly, the build number and version are consistent all through out.

Once Apple gives a green signal to your WatchKit apps, the iPhone users will get an automatic app update and customers will be able to see the WatchKit extension icon and description on the App Store.

So if you have any Apple Watch app plans in the pipeline, or for that matter, if you wish to build iPhone apps with a WatchKit extension, OpenXcell’s livewire labs backed by team of 170+ developers would be really happy to help you. We have the experience and the wherewithal to pull of any app idea with gusto. So, without further ado, get in touch with us right away.