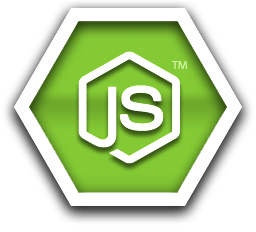 Server-Side frameworks have recently started to get a lot of popularity from the development circles. The modern day requirements for processing and consumption of  real-time information is paramount and Server-Side frameworks are doing a great job here. I don’t know how many of you are familiar with the performance matrices and application of node.js, but surely it is turning out to be the golden child of all server-side lingos.

Let us look into a few things about Node that makes it a great framework to launch your app startup.

The hunger for real-time data with low latency

Low latency is a headache to tech companies across the globe. Especially startups that are expanding understand the pain. Despite everything, a determined startup will not negotiate with the performance any day. Node.js solves this by the help of asynchronous input-output operations. Node enables Asynchronous I/O operations between the client and the server. In other words, multiple parallel requests can be handled by a node server with no issues at all. This is the technical backbone that facilitates real-time data consumption that is so common with mobile based startup these days.

Due to the fast handling of multiple queries, one can expect a significant reduction in latency. Social apps that generate a lot of parallel queries can benefit the most here. One can put less number of hosts into work and still expect good results.
See how Netflix has been able to attain low latency for its system with Node. Have a look  http://techblog.netflix.com/2014/11/nodejs-in-flames.html

Speed and Cost reduction with JavaScript on both sides

One of the best things about Node is– you need not translate your code. If you are reading this post, chances are that you are well versed with JSON and might also be using a rich client framework such as Angular or Backbone. Right now, not using Node is making you translate the logic within your mind from JS to your server side framework. You are also translating HTTP data from your JSON to your server side object.

If you employ Node, you won’t have to do that. You can reuse the templates which will squeeze the size of your app while reducing bugs at the same time.

Applicability will reflect across all categories of apps. Especially for apps that invite consistent usage, this is going to be useful for startups with shoelace budgets and lean teams.

Another thing, If you have employed an object database, you can use Javascript on the database too.

PayPal director of engineering and business said that their team has been building twice as fast as before with fewer people coding. While the tech details are limited, it shows that Node is indeed sleek and saves money.

I already mentioned about the advantages of low latency with respect to chat apps. However, I must tell you that the event loop in Node.js handles multi-user requests very conveniently.

Node makes use of Websockets that can easily push data into the client-side. Hence, functions such as frequent chat or leaderboards can be favorably built using Node while keeping the server latency low at the same time.

We have agreed on Node’s ability to handle I/O operations efficiently. This brings in the capability of transcoding Audio and Video files in real-time. As you might know that mobile devices come in various shapes and sizes, transcoding of HTML and graphic files can boost the performance of your app by a significant degree. Converting the format of a file has become a default need these days.

Scalability and dependability are paramount for startups

After we understood that Node can bring down server latency while providing an easy and agile environment for development, it can be said that it is scalable. This is paramount for startups and every startup wants to have this checked before they begin. Node.js is apt for making a large-scale, lightweight and fast system that demands real-time response. This can be scaled up later, making Node a valuable framework to employ for app-based startups

According to Adam Gaitegy, Groupon has shifted their front end to Node from Ruby. The shift is attributed to upscaling the system.

Another great thing about Node is the fact that it is sponsored by Joynet. OpenSource frameworks or Software face a consistent threat of abandonment from their creators after a while. Node has a lot of time in future already secured. It is a safe bet for sure.

While many analysts were writing JavaScript off, the lingo just does not seem to go away so soon. With technologies like Node JS pacing up and making themselves relevant for the current market, it is safe to say that Node will attract the attention of startups and JS developers equally.