Google Play store keeps evolving to cater to Android users in the best way possible at all times. Android powers 2 billion devices around the world. Such a huge install base means a big number of users buying into Android media stores embedding into App ecosystem. That is a huge market. For app publishers and app developers it is important to know everything that goes on in the Google Play world. The changes in interface, rules and policies affect everyone and so it is best to stay updated and prepared for the changes in Google Play ecosystem. Let’s find out what’s been brewing lately.

Google Play has discontinued with its Top Developer Program. So, the blue badge shown above has been retired. You will not see it anymore. Instead now the select chosen apps will be seen with “Editor’s Choice” badge.

The idea behind this being – not all apps from the selected top developer are of top quality. Google Play wants to focus on individual games and apps that are worth noting with the help of its editorial board. You can see the list of apps and games chosen by Play Store editors here.

Android Excellence is also being recognized. According to a Google blogpost, “Android Excellence collections will showcase apps and games that deliver incredible user experiences on Android, use many of our best practices, and have great design, technical performance, localization, and device optimization.” You can see the list of Excellence Awardees here. 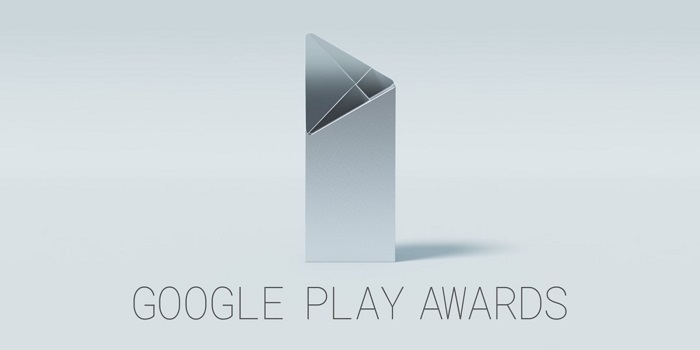 Google Play Awards ceremony took place on Thursday, May 18th at Google I/O this year. This annual award ceremony recognizes outstanding developers who drive innovation, adopt new platforms and user experience and make quality apps and games for android users. The common requirement for the participation was high star rating, exceptional technical performance, and freshness. The apps needed to be launched in year 2016, or to have had one major update since April 2016.

The list of winners is here, do have a look at it. 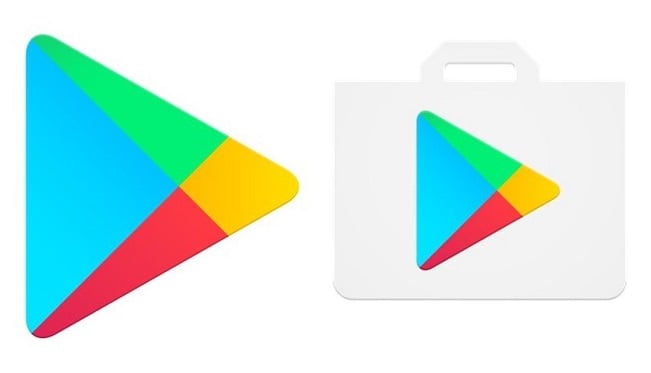 Google is all for minimal designing. Early May saw Google dropping the shopping bag that held the colourful Play Store triangle from its icon. That grey tote bag you see in the picture above on the right is gone. Now the new icon has only the colourful triangle with rounded edges in all its glory. It certainly will effortlessly stand out from all different kinds of backgrounds your devices may have. Google started with this new icon on Pixel devices first. It is now bringing it to all other android devices. Google has introduced a new security system which continually scans every app on your Android devices for security. This system known as Google Play Protect will constantly update apps and will take steps against suspicious activities discovered by scanning – on its own. Play Protect runs continuously in the background but if you want to scan any app you can do so by clicking on the update/scanning icon of the rotating arrow given on the right side. Google Play Protect can warn you about apps that are not downloaded from Google Play Store. This way your Android devices and  data are kept safe. 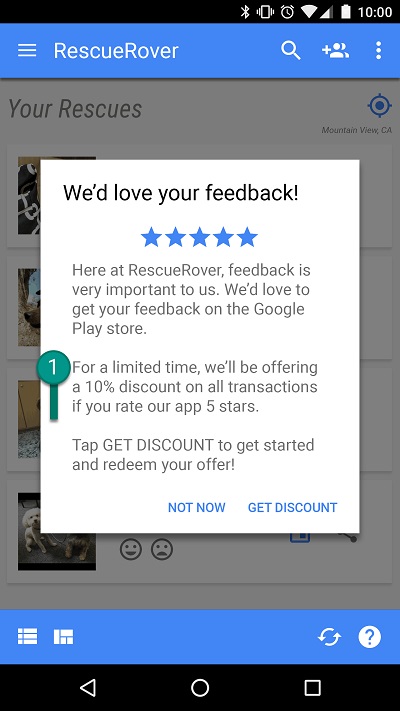 Google’s policies for developers have been updated. Google has revised both – Ratings, Reviews & Install policy and Malicious Behaviour policy.

According to the latest update on Ratings, Reviews and Install policy developers should not by any means affect and manipulate the placement of any apps in Google Play. They should not try to inflate the ratings of their app by any means. Google is trying to discourage fraudulent or incentivized installs reviews and ratings. The picture given above shows a violation. You cannot ask your users to rate an app favourably while you offer them incentives to do the same.

With the update on Malicious Behaviour policy Google is cracking down on apps that steal data, monitor the data and are malicious in general. Apps distributed via Google Play need to update or modify using Google’s update mechanism only. An app is not allowed to download executable code like dex, and JAR files from any other source, other than Google Play.

We have several other helpful posts related to Google Play with us, which can be of interest to you. You can read on Google Play’s Early Access program for enthusiastic Beta testers here. This post here has important  tips on handling App reviews from Google Play Console – it is pretty informative. If you want to know all about Google Play Family Library you can read about it here.

And that is all from my desk for now. Until next time, Adios.