The world remains glued to the smart phones and the apps and we here ensure that you always are in the know. We search for important bits and bytes about the happenings in the App World and bring you the details. Details that shape the app landscape and help you shape the strategies you adopt in your business. We help you make informed decisions. So, without further ado, here are a few important things you must know about as this month of February draws to a close. Developers and businesses from Iran will not have access to Apple’s App Store anymore. According to Apple it is rejecting them as dealing with Iran is against US National law. The app of Digikala, the biggest Iranian e-commerce which has millions of users has been removed from the App Store. According to TechRasa the problem is with Iranian Transactions and Sanctions Regulations (31 CFR Part 560) issued by the U.S. Department of the Treasury.

Apple’s response to one of the start ups while turning them down was, “Unfortunately, there is no App Store available for the territory of Iran. Additionally, apps facilitating transactions for businesses or entities based in Iran may not comply with the Iranian Transactions Sanctions Regulations (31CFR Part 560) when hosted on the App Store. For these reasons, we are unable to accept your application at this time.

We encourage you to resubmit your application once international trade laws are revised to allow this functionality.”

Let’s wait and watch if policies change in near future.

#2   Rejected By App Store, Gab Claims To Be a Victim of Anti-Trump Bias Gab, the social networking app for Trump supporters hasn’t yet cracked Apple’s App Store. Apple repeatedly finds defamatory and mean content on the app. Gab meanwhile pours out its sob story on Medium. “Our app is being held to a much higher level of scrutiny than other social-networking apps. Apple is asking Gab to censor ‘objectionable content’ while allowing this same content to exist in much higher volumes on every major social channel,” claimed Gab CEO Andrew Torba.

Gab is a popular online hangout spot for white nationalists and white supremacists. Several of Gab members have been banned from twitter for posting hateful or abusive speech. Gab can be accessed through any mobile browser and will soon be available on Google Play.

#3   Google To Purge Millions of Apps From its Store 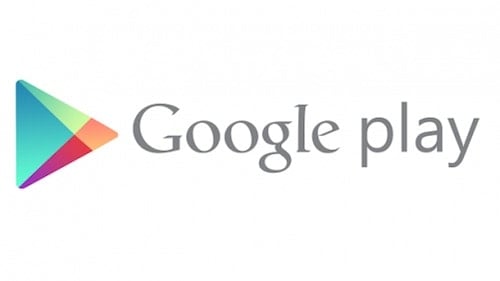 Google Play store would soon be in spring cleaning mode. Google is aware that a lot many apps ask for user’s permission to access sensitive data but in their privacy policies they fail to mention the uses of such collected sensitive data. App developers would now need to explain why they need permission to access sensitive data. Apps that don’t comply would soon find themselves out of Google Play store. Developers of such apps would now have to include a link to their privacy policy on the play store listing and within the app or remove requests for sensitive user data by 15th March, 2017.

There is a possibility that millions of abandoned and zombie apps could be purged out of Google Play store upon failing to meet the said directive of Google Play. 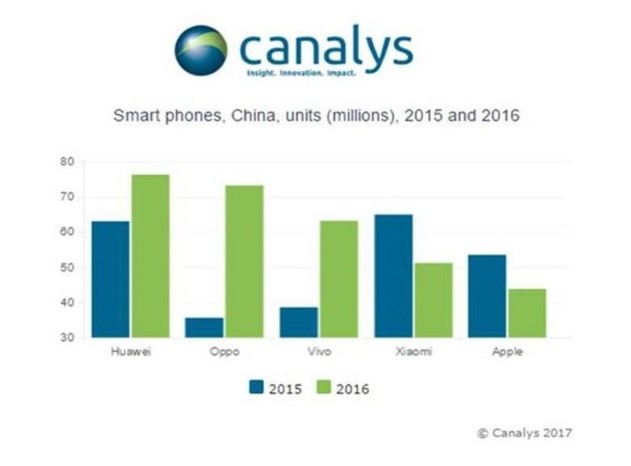 China was once the growth driver for iPhones. Apple is slowly losing its territory to other brands in the smartphone market. According to the research firm Canalys Apple is now at fifth place as its shipment was down 18.2 percent year-over-year. Xiaomi which saw its shipments fall 21 percent to 51.4 million had the fourth place. Vivo came third with 63.2 million. Oppo was in second place with 73.2 million and the leader was Huawei with 76.2 million.

A Trojan malware has been targeting Android Smartphones. Android/TrojanDownloader.Agent.JI uses a legitimate looking screen which claims that the user needs to download a flash update to keep the phone safe from cyber attacks. Once the user falls for the trick and starts updates it shows another screen which says that the device needs to be put into saving battery mode as the device is consuming too much energy. 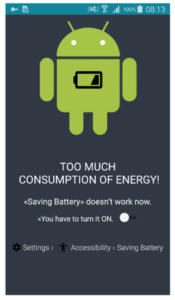 It then leads the user to Android Accessibility Menu and additional malware is downloaded on to the device which then tracks and mimics all of user’s actions and slowly gets all of user’s sensitive information. The Flash player then hides from the view but it is in contact with its command and control server and provides all information from hacked device.

Google has launched its Android Wear 2.0 OS. This update has customized watch faces, improved interface, On-watch Google Play Store, Google Assistant and Android Pay support. It has a new user interface, navigation and notification. You can customize your watchface. Your office watchface can be different from your gym watchface. You can tweak the watch face and remove the bits you don’t need. The watchface can be changed with one swipe. Android Wear App developers can now upgrade their kits to make better Android wear apps. Google Play Music version 7.4 is here. The size has been reduced but it still is at 18MB. The new update has several new features. It can make a personalised playlist based on different factors surrounding your location, time of day, weather and more by leveraging machine learning. Google Play’s music apps also tap into your Google searches, Youtube viewing history etc. Pretty soon you would be able to set your favourite tune as your alarm in Clock. The update includes a new way to go to “Recents” tab which is attached to the main menu in the app’s home screen, which shows the music you’ve recently listened to. The new update has several design tweaks too.

And that is all from my desk for now. Until next time. Adios.