In today’s world when you need to have an app ready in no time on the platforms of your choice, going hybrid is an intelligent choice. Developers who want to reach maximum number of users without rewriting the app for all the different platforms go the hybrid way. Hybrid development of apps involves sharing of a part of code, unlike native development. There are several frameworks available for developing your hybrid mobile app. Let’s take a look at some.

PhoneGap is based on open source Cordova and its commercial version is owned by Adobe. PhoneGap when combined with Sencha, wins all the wars. It helps you develop affordable, app-store ready apps in next to no time. The developed app has the look and feel of the native app. So no complaints there. PhoneGap uses HTML5, Javascript and CSS. With the help of PhoneGap developers can work with device hardware features such as GPS/location, Camera, Accelerometer, Compass, storage etc. PhoneGap supports plug-in architecture model in its apps. The functionality of the apps can be extended in the modular way. It has a robust backend which speeds up the development process.

Some of its Features: Appcelerator Titanium is an open source mobile application framework. It helps create native apps for several mobile platforms from a single JavaScript codebase developed by Appcelerator. It is slowly gathering popularity amidst developers and at the last count this year, Titanium had over 800,000 developer registrations. Its core component is Titanium SDK. Appcelerator also makes Titanium based model-view-controller framework named Alloy and Titanium Studio, a freeware – a proprietary IDE. With Appcelerator you write your app with JavaScript and instead of using HTML5 and CSS for UI, you use a custom API or XML language. It all is then compiled into an app which is like native and Javascript hybrid.

Framework 7 is a free and open source mobile HTML framework that can help you develop hybrid mobile apps or web apps that will have iOS or Android native feel. Framework 7 is one of the finest and feature-rich frameworks. It is an indispensable app prototyping tool. This tool gives you an opportunity to easily create iOS & Android apps with HTML, CSS and JavaScript but it truly is iOS specific framework. It helps you render pixel-perfect iOS native apps interface. Framework 7’s material theme however was designed according to the official Google material design specification and can create great android apps with native Material look and feel. 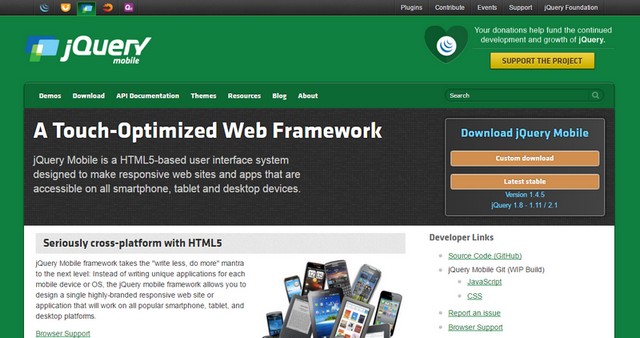 jQuery is another open-source, cross-platform network with HTML5 based UI that deserves a mention. It makes responsive websites and apps that are accessible on all tablets, desktops and smartphones. It offers Ajax navigations with page transitions, touch events and widgets. jQuery is built on jQuery and jQuery UI foundation which is pretty rock solid. It has a flexible design. It has a thriving jQuery mobile community which provides it with all the support and development advice jQuery developers may need. 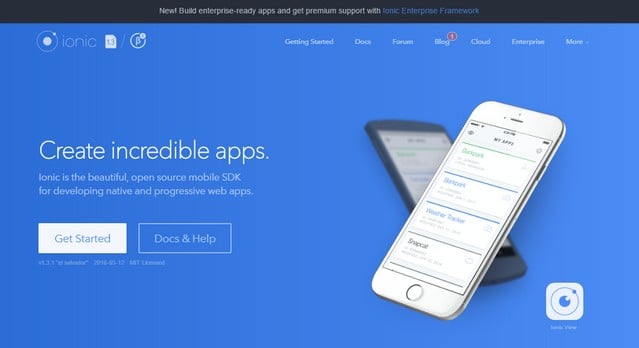 Ionic is an open-source SDK for hybrid mobile app development. It is a useful cross-platform tool. It uses web technologies like HTML5, CSS and Sass. It is built on top of AngularJS and Apache Cordava. It provides a platform for integrating services like push notifications and analytics. It provides all the functionality that can be found in native mobile developments SDKs. With the help of Cordava, users can build their apps, customize them for Android or iOS. Ionic is an npm module and requires Node.js.

Kendo UI is a framework to make web app or hybrid apps. It is maintained and supported by Telerik and it comes with open-source and commercial licensing options. It is very popular among enterprises. It comes with more than 70 UI components. You can easily combine them to make beautiful and responsive apps. The components integrate seamlessly with grid –layout frameworks like Bootstrap and Zurb foundation. It works smoothly with all the browsers.  Kendo UI helps you cut the app development time by 50%. 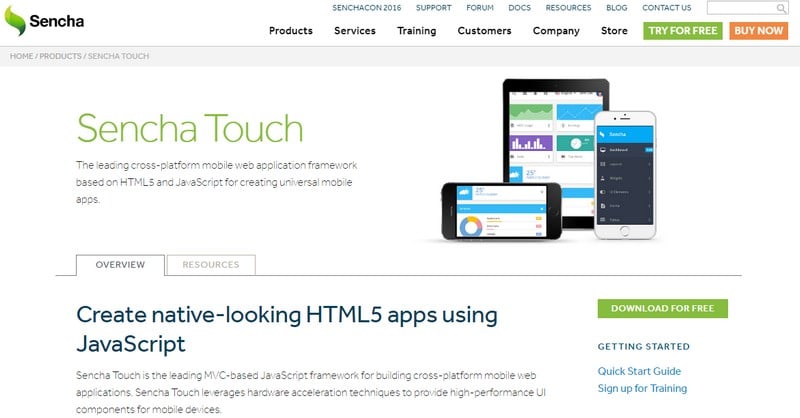 Sencha Touch is a popular framework amongst hybrid mobile app developers. It is the leading cross platform mobile web application framework based on HTML5 and JavaScript. It leverages hardware acceleration techniques to provide high performance UI components. It has more than 50 built in UI components and native looking themes for major mobile platforms. Uniquely adaptive layout engine, smooth scrolling features and fluid animations help make a good app which is similar to a natively developed one. Its data package is protocol agnostic.

Some of its features are:

Trigger.io is an interesting tool to work with. It is very simple to set up. You don’t need to set up XCode or Eclipse as an IDE, instead you could use Textmate or Notepad++ too. The builds take a few seconds. The Forge framework splits the build between local tools and a remote server. This approach keeps user’s local development environment simple and platform agnostic. Deployment of your mobile codebase as a web app is simple too. It has its own native bridging technology. You can update your apps without submitting to the app stores.

Some of its features are:

If you are keen on making hybrid apps you can try any of these above mentioned tools. You should do a little research of your own – keeping your requirements in mind. Or call us. We are a leading mobile app development company with an impressive portfolio. We can help you develop apps. Good luck.