Home / Blog / Angular vs React: the most debated question, answered!

Angular vs React: the most debated question, answered! Before starting any new project choosing the Javascript frameworks can be confusing. Selecting the best framework can be difficult because there are so many to choose from, each with its own set of characteristics. Whenever front-end programming is required, the Angular vs React debate occurs. Especially when both have the same solution giving capacity, their approach is different.

Angular and react are both cutting-edge and widely used frameworks. Developers and project managers are left in a dilemma to choose between the two options. Its selection, however, depends on your project requirements, as they each have their own set of advantages and disadvantages and are unique in their way.

Today we will be answering questions like what is Angular? What is React? What’s the difference between Angular and React? And more. Both frameworks are well-known front-end frameworks. So, which is the best option?

The origins of Angular can be traced back to 2010. It was initially known as AngularJS, and it was a Google-developed and maintained web framework. Within no time, it gained popularity and became one of the most popular web frameworks at the time.

Angular is a component-based framework that allows you to create scalable mobile and web applications. It has a wide range of integrated libraries and components, such as client-server communication, routing, and more, making it a complete framework. It comes with a set of developer tools that can be used to create and scale projects ranging from single-developer to enterprise-grade applications. Angular is a typescript-based development platform that results in a seamless experience.

React is a facebook-used JavaScript library that was open-sourced in 2013. This framework popularised a web development concept known as component-based architecture, which has several benefits. For web and mobile apps, React is used to manage the view layer. We can also make reusable user interface components with React.

React is used for building user interfaces or UI components. Its component-based and declarative traits let developers create interactive and complex UIs easily. As React works on learning once and writes anywhere principle, Developers can make fast and scalable applications using it. React is managed by Facebook and a community of individual developers and communities.

This was all about knowing about them individually now; let’s look at Angular vs. react and which is best?

When deciding which framework to use, it’s a good idea to consider the factors that make them popular. The more community support it has, the faster it can find solutions to problems that arise.

Another essential factor to consider when deciding between Angular and React is npm (Node Package Manager) downloads. The difference between Angular and React.js is that Angular uses both a one – and two-way data binding approach(Changing data impacts view and changing view that triggers data change). In comparison, React uses a one-way binding approach. When designing a React app, it’s common for developers to nest child components within higher-order parent components.

One-way binding makes the code more stable, debugging an app built with React versus an Angular app much more manageable. Still, Angular’s one/two-way binding is simpler to work with and makes the framework more flexible.

Angular vs. React Pros and Cons

Below are some of the benefits of Angular:

Below are some cons of Angular-

Here are some of the benefits of React:

React has some cons too. Here are they-

To make things simple, we’ve compiled a list of comparisons that should assist you in making the best decision.

Angular vs React: Which is Better

Here’s the full comparison for React vs Angular-

From the above Angular vs. React comparison, you would have the idea that both Angular and React are fantastic tools. Each framework is distinct in its way. It is entirely up to you to make this decision. However, we have to come to a conclusion and select any one of them.

Small businesses prefer React, whereas large development teams prefer Angular when developing an enterprise-grade application. React is a simple way to get the task done because it doesn’t have much to do with organizing HTML and instead focuses on the simplest ways to reuse UI components. In comparison, Angular is capable of handling multiple tasks without the need for external assistance. However, the advantages outweigh the time investment in the more extended concept. Understanding the version control tools from the core A complete guide on DevSecOps!

DevSecOps is popular these days since there’s a lot of… DevOps Tools and Toolchain made easy to understand!

DevOps has become an efficient practice in delivering and maintaining… 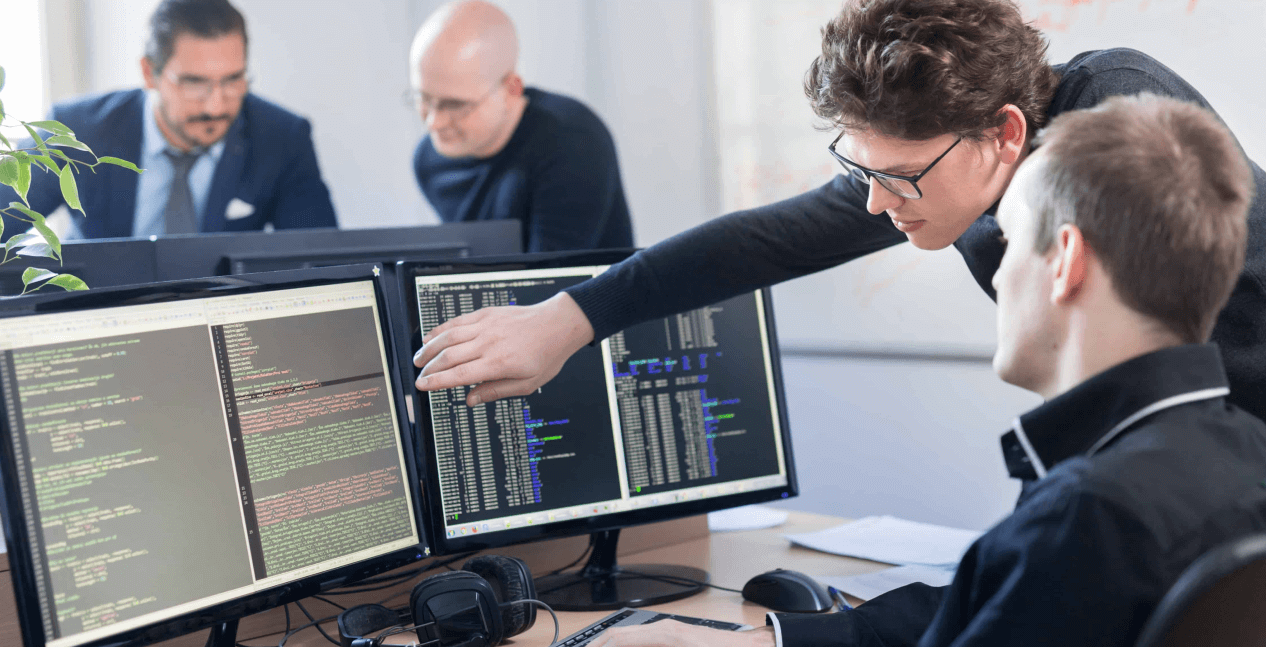 The tools, methods, and culture connected with DevOps have improved… JavaScript Vs Python: The complete difference

Both JavaScript and Python are the most popular programming languages…