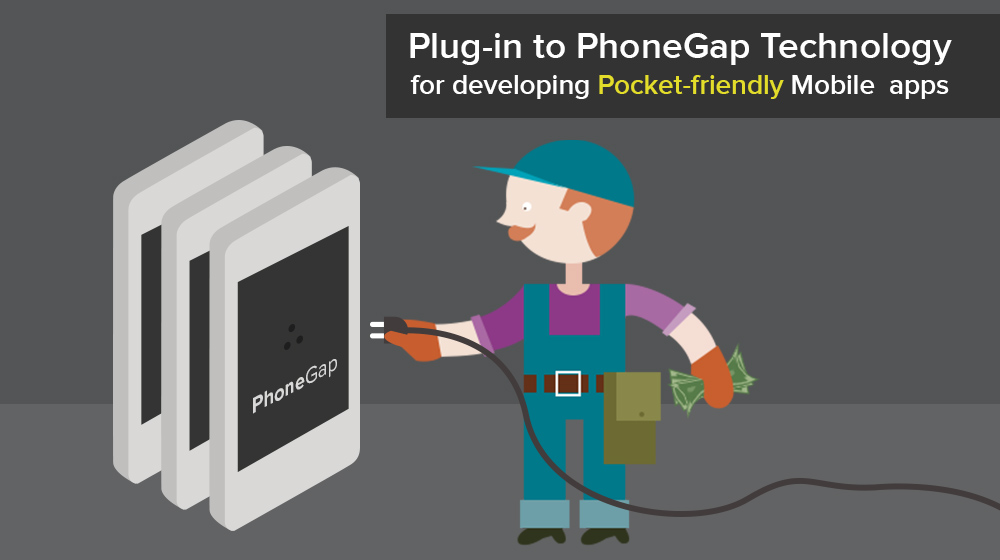 And, well, is it due high development costs and all?

Switch to cross-platform mobile app development tools, such as PhoneGap, for instance. For your information, PhoneGap is cool app development tool, that is not only budget-friendly but helps you put your apps across all platforms – left, right and center. No, Seriously!  The code for the app is written just once and then you can run it anywhere and everywhere. And, let me assure you, it functions, more or less, like a native app.

If hybrid, pocket-friendly apps are on your mind, all your thoughts should hinge around PhoneGap. Period.

For what it’s worth, it is one of best technological tools that has been around for quite some time and good number of boutique and smaller firms are already leveraging this new-age tool to get their apps developed for a smaller sum of $20,000.

Isn’t this a viable business proposition? Yes or No? 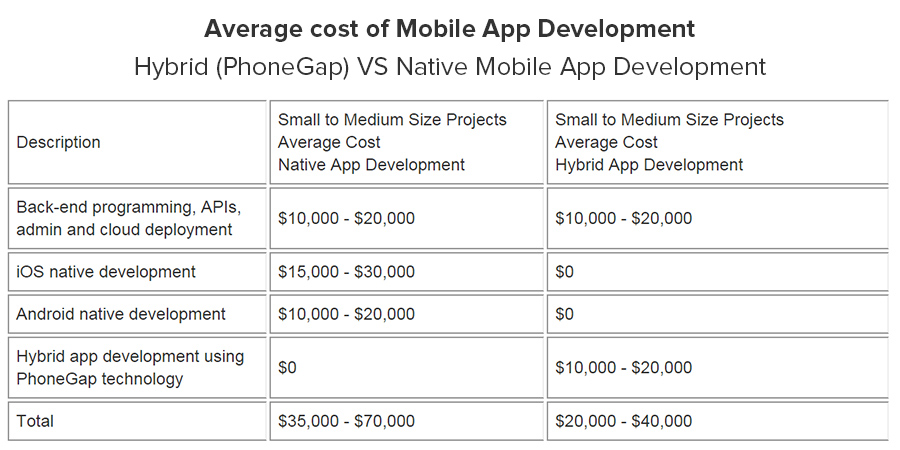 Certainly, there were days when PhoneGap technology was bullied left, right and center for slow loading frames, awful UI experience, bugs and insufficient support resources. However, the coming together of PhoneGap and Sencha Touch 2.4 these days has literally helped the app developers to plug-in the chinks in the PhoneGap armour.

Unsurprisingly, today, PhoneGap is counted among the top powerhouse cross-platform app development technologies that are making big waves in the app development space powered by Sencha Touch 2.4. For the starters, Sencha Touch is basically an MVC-based JavaScript framework that helps build cross-platform mobile web applications.  Given its awesome features, such as adaptive layout engine, fluid animations, and smooth scrolling and more, developers have gone on to adopt this technology for mobile apps as well.

Given that PhoneGap and Sencha have joined forces, PhoneGap Development is no more about being cost-effective, cross-platform tool  for hybrid app development these days. There are other good points as well, which will make you go for phone-gap at all costs.

As in, besides being cost-effective, the apps developed on PhoneGap can boast of other specialized features as well including

Well, former apps developed on PhoneGap, no doubt, had slow frame loading issues and all. Now, courtesy the Sencha Touch, users today can navigate and interact with an app easily without any sort of downloading delays. Simply put, PhoneGap has turned over a new leaf after its fusion with Sencha.

Unlike in the recent past, you can easily embed several native features and new technologies in the app.

The rising popularity of PhoneGap has led to the availability of ample support and resources for the development of mobile apps on the PhoneGap platform.

Just like native apps, bugs can be identified and fixed within minutes employing PhoneGap development tools. Of course, the PhoneGap technology is in for developing cost-effective apps.  And, certainly, they are good enough. And there’s no brand of argument that could go against it. Interested, just put in a word here.  OpenXcell has a team of seasoned PhoneGap developers who would help you develop an app in accordance to your taste and liking.

That said, if better UI experience is on your mind, then better go native. Of course, you will have to fork out a lot, or little more, that depends on your requirement. But then, it will be worth your time and effort, I assure you. Given that they are hand-crafted and built from scratch, nothing can beat the native apps when to comes to installing high-end bells and whistles. Features and functionalities, in other words. So, if up-to-scratch, fool-proof apps is what you want, we strongly recommend you to go native. On the contrary, if you don’t wish to fork out so much, let me reassure you, PhoneGap is good.