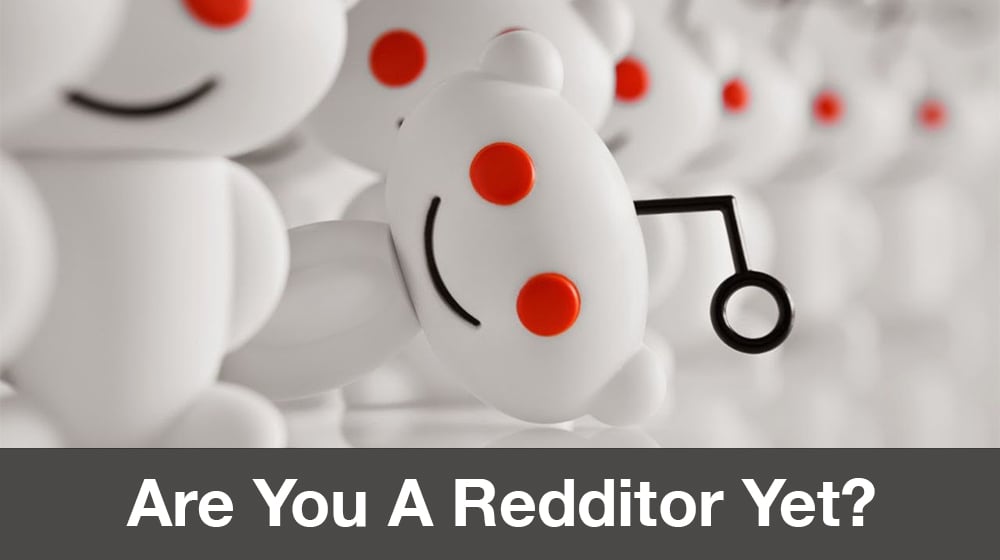 If you have been looking at reddit from afar, now is your chance to take a closer look at it. No, it is not a social medium ‘only’ for geeks. And no, it is not a platform to view GIFs of cute cats – though there are millions of them on dedicated subreddits. It is much more interesting and resourceful than you think! Let’s try to know reddit.

Whatever is new, popular and exciting on internet, it is on reddit. Reddit is essentially an online bulletin board which is socially networked. It is an entertainment and news aggregating site where registered community members post text and links. These posts are constantly voted up or down by other members. The voting mechanism ensures that you see hottest content that is moving towards being #1 on the reddit page. If you sign-in, you will see the upvoted content of the subreddits you subscribe to. Reddit community’s approval decides what is good content and what is junk. It is a self correcting space for ideas and content from the good, bad and ugly of the internet. Generally good, and the good gets upvoted and promoted on reddit.

Reddit is based out of San Francisco. The company today is valued at $500 million. In February 2016, reddit held 33rd rank on Alexa. The site is known for its open nature. As of December 2015, according to reddit’s Audience and Demographics page 53% of reddit’s users are male. About 54% of them are from United States. Reddit definitely is not a place for marketers. The community is highly critical of marketing gimmicks and diligently checks spam. Blatant promotions or spam gets downvoted quickly into oblivion.  Only a savvy marketer can survive- the one who knows when to hawk, when to talk and when to be a silent observer of the trends. Brands like Starbucks and Coca-cola have subreddits where users post their own stories about the brands. Reddit also has a dedicated ad space.

Reddit silently bans spammers. The spammy user can continue with all his posts and comments but his posts would not be visible to other users on the site. It is called reddit’s stealth ban. The site is divided into sub-reddits. Each sub-reddit is a community. Each post you see belongs to a subreddit which has its own community. You can choose what you want to see on your reddit page by subscribing or unsubscribing to the feeds.

So reddit in a nutshell is open source, smart, intelligent, witty, a bit snarky and calls a spade -a spade. 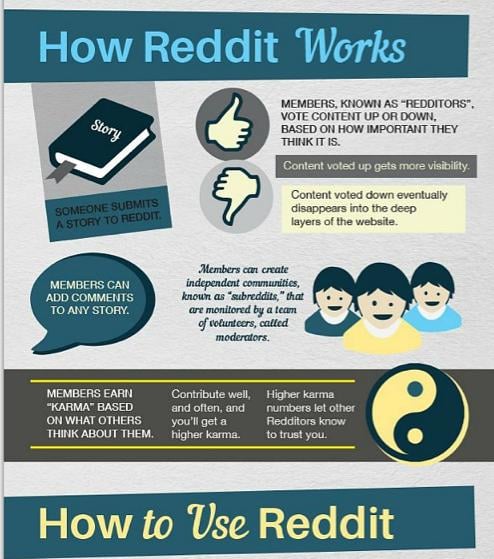 Entire reddit community democratically upvotes best videos, best Q-A’s and more. You can create your own account to do that. When you make a reddit account, you are automatically subscribed to a set of default subreddits. These default subreddits are popular and provide an interesting experience of reddit to an average user. If you do not like a few subreddits from the default list, you can unsubscribe them by using the ‘unsubscribe’ button provided in the side bar.

On a subreddit you like, you will see a feature list of links of ‘similar subreddits’. You can subscribe to the featured subreddits to get the feed you want.

The homepage of reddit has the content from site’s most popular subreddits. You can find the trending content in the subreddits of Technology, WorldNews, Music, Gaming, Relationships and more, competing for the prime space there.

Any subreddit that gains a good number of subscribers can become part of the default homepage, and the popular links from that subreddit will be there on the homepage for others to see. If any subreddit is not of your interest and if you don’t want to see its feed on your customized homepage, you can click the unsubscribe button. You can check out the reddit homepage in real time by clicking here.

Reddit has a time decay algorithm. Posts with the highest score do not always rank at the top. If the same popular content remained on the front page all day, new content would not be available to the redditors. Time decay algorithm ensures the site stays fresh, and valuable by providing fresh new posts and links, and the self correcting ranking system ensures quality of the posts and links.

As a redditor when you post and comment on the site, your comments will be upvoted by fellow redditors if they like what you say or post. These upvotes translate into Karma. Karma is similar to credits you get on Quora. You get more Karma when your posts and comments are liked and are upvoted, you lose a few Karma when you are downvoted.

Karma is accumulation of goodwill. It cannot be encashed in any way. A good Karma score signifies to other redditors that you have been adding value to the community. 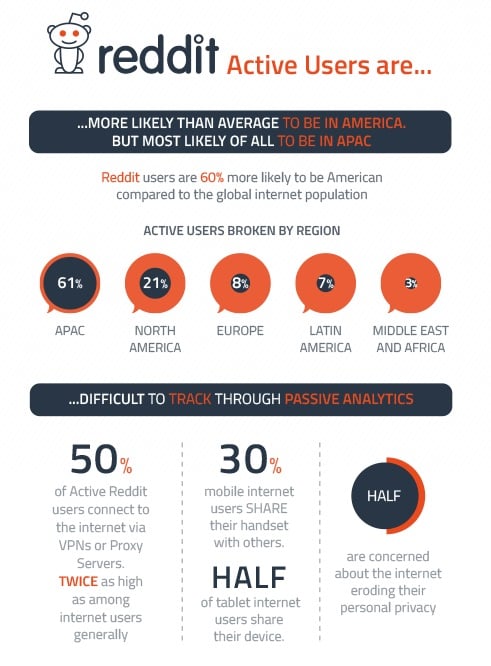 Is there a way to support the site? Yes. You can go for reddit’s premium membership program Reddit Gold. You need to pay thirty dollars a year or about four dollars a month for it. Benefits include being beta testers for the new features on the site. Reddit Gold members are provided new features on the site first, and they test and use the features before everyone else gets to use them in the redditors community. Gold members have access to a special subreddit too. The site provides other benefits too. Redditors can buy gold and gift it to fellow redditors. You can gift other redditors gold via their userpage or you can gild any of their comments. Gifting can be done anonymously. Reddit Gold is the way redditors show their appreciation for the content they love while supporting reddit.

Reddit moderators are volunteers who try and keep everything in a subreddit under control. They try to keep everyone on the topic. If you talk about a paddle boat in a conversation that revolves about a raft, you can get downvoted – unless you are your smart and witty self and your input earns its place in the conversation. You may get a terse comment from moderator too if he feels necessary. Moderators can choose logos and styling. They can define what’s appropriate. They can remove inappropriate or spammy links and posts. They can ban abusive users and spammers from their community. Reddit has its own lingo. There are several acronyms peppered about on the subreddits. If you are new, you can use some help. Some of the common ones are

AFAIK : As Far As I Know

AMA: Ask Me Anything

DAE: Does Anyone Else

FTFY: Fixed That For You

IIRC: If I Recall Correctly

IMO: In My Opinion

ITT: In This Thread

MRW: My Reaction When

NSFW: Not Safe For Work

TIL: Today I Learnt

YSK: You Should Know

These are a few of the common acronyms used. You must be familiar with some of them as they are common to other social platforms too. You can see some more of them here and here.

In the middle of your coding session if you feel stuck -something about AngularJS bothers you and you need to find answers – Search on the right platform, right community and post your queries. Count the reddit platform as a resource. You will definitely find tips and timely help from helpful redditors. Searching for support? Stuck with a problem when programming for iOS? Ask. Looking for inspiration? Explore. If you are lucky you will get right answers from redditors who are in the know within a few hours, if not minutes. 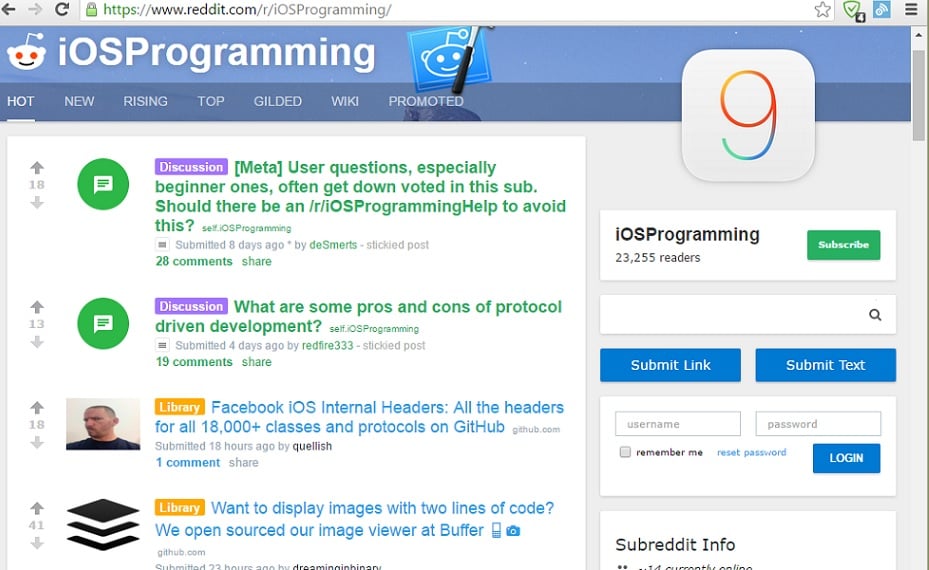 Reddit and Redditors have their hearts in the right place. Reddit visitors and users have helped raise big amounts for charities.

2015 was a good year for Reddit. It is understandable why marketers have reddit on their radar. They put on their thinking hat and keep strategizing to cater to the demography in the best way possible. They look for ways to engage redditors. And they should. Reddit provides massive traffic. Look at the numbers shown below.

For more details on the year gone by, you can read the full post here. 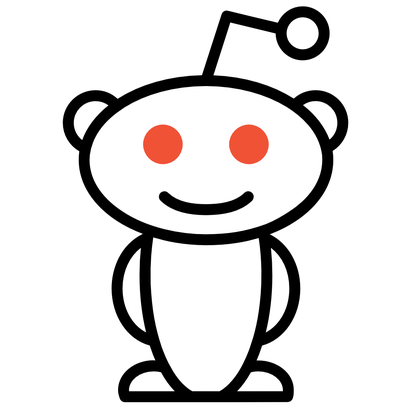 The cute alien like creature you see everywhere on the sites related to reddit – he is Snoo – reddit’s mascot. Besides English, reddit is available in several other languages like German, Spanish, Portuguese, French, Hindi, Chinese and more. Reddit is written in Python. ‘Pylons’-Python’s framework, was used to develop the site. Interested in the source code of the site? You can find it here. Reddit hosts AMA (Ask Me Anything) sessions. It is an intimate one-on-one, Q-A session with redditors which is viewed by thousands of people. You can go through American President Obama’s AMA here. Reddit’s IAMA ( I AM A ) subreddit is also very popular. Professionals, Product Managers, Musicians, Chefs – all of them declare their identity and take questions from fellow redditors. You can check that subreddit here.

To access reddit on android smartphone you can use the app ‘Reddit News’. Is there a subreddit on this topic? Yes. You can read all about the ‘popular reddit apps for android’ here.  For iPhones and iPads you can use ‘Alien Blue’ or ‘Bacon Reader’. The subreddit on the ‘popular reddit apps for iphones and ipads’ is here. And.. more good news. Reddit has just released its official apps for android and iPhone.

Go ahead and watch this video.

Reddit is a fun and informative community. You can explore the world of reddit at your pace, it can prove to be a valuable resource – a tool that helps you gain from varied perspectives and experiences of others. If you are a programmer, a designer, an artist, or a developer; leverage the power of networking with other professionals who share their experiences on reddit from all over the world. Share resources.  It is a community – you can grow from other’s inputs and you can help others by providing your own. Be on the first page of internet – for work and for play. Happy redditing.