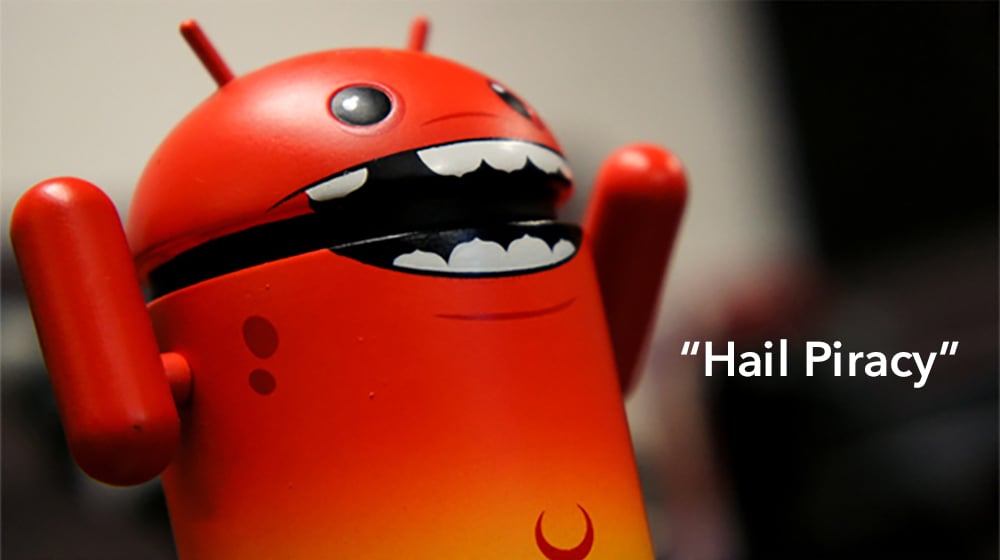 And you have to have loads and loads of them for free?

Lo and behold, a good number of pirated app sites will throw open their doors to you.

For your quick reference, here are a few:

So, go on. Open these sites and download as many as you can to your heart’s content. But, guess what? Most of the pirated apps that you’ll find here would be Android apps.

Why? Because for all intents and purposes, Android App Developers have willingly succumbed to the charms of open source codes, which makes pirating apps a piece of cake for developers who are a shade more skillful.

So, the bottom line is: if even if Android applies every ounce of its technical muscle to end piracy, it simply can’t do anything about it because it has been championing open source cause so freely.

Here are some more startling Android App Piracy statistics for your eyes to feast on:

Today Calendar Pro app – 85% of its downloads are pirated here. Yes, you read that right 85%. Meaning, only 15% are paid downloads (source: androidpolice.com).

Gentleman –144 paid installs while 50,030 copies were pirated within three weeks of its  release in 2013 (source: gamasutra.com).

Apparently, app piracy bodes well with small-time indie developers or producers. For it renders free publicity for their apps.

Here’s an indie app developer Notch’s standpoint (God bless him) – the developer of Minecraft – who in response to a fan mail who couldn’t afford his app, said 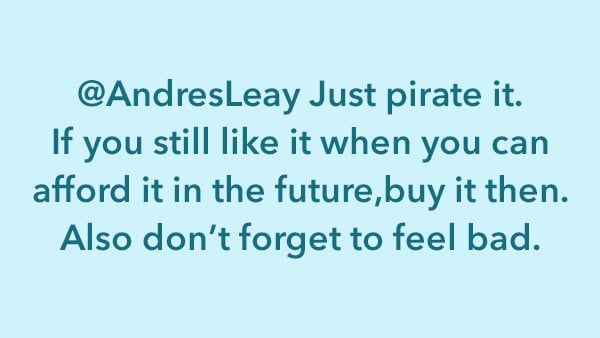 Of course, developer Notch was generous to a fault. Or else, tell me one developer’s name who will willingly suggest fans to downloaded a pirated version of their app. Minecraft, in this case, had already whetted the appetite of the gamer, with no fewer than 350 splash images and also had made it to the league of popular gaming apps.

Developer of Today Calendar Pro’s, Jack Underwood, despite his app facing 85% illegal downloads, also said something similar that struck as surprisingly pragmatic to us.

This is what he had to say about the high piracy rates of his apps.

“Fighting piracy in a traditional way is a waste of time in my eyes, software will get cracked anyway. The majority of people who pirate my apps wouldn’t have bought them, so it’s not as if I’m losing 85% of my revenue. In any event, I’d rather spend that time making Today more awesome.”

Even Monument Valley’s  producer Dan Gray has a similar viewpoint when he told Re/Code in an interview:

“We made a decision in the past not to implement piracy protection on Android. It usually gets cracked in a day or two anyway. We can’t respond to it in any way. The best way I like to think about it is, the majority of those users probably wouldn’t have bought the game anyway. So it’s not like we’re losing revenue. And, some of those users have recommended the game to friends who maybe aren’t as tech-savvy as they are. It’s essentially free marketing.”

But then the big boys of the app development space aren’t happy about Piracy, for they are losing big money.

Yes, this brings us to…

If app piracy prevails at such a rampant rate, all stakeholders are bound to be affected, be it the Google Play Store, general developers, or for that matter, the app users. All will have to incur a heavy loss in their own way.

While Google Play Store will turn into a dead store in no time, developers will lose more than money. Their apps will lose in terms of ranking in the app stores for one thing, and will also suffer in terms of visibility.

For instance, when an app is being pirated, first of all  you need to download the APK file of the app. But, mind, this file is not downloaded from any App Store but from some other source. And because of this, it won’t translate into increased rankings or visibility for the app in the app store.

Pirated apps affect the user as well in terms of malware. As in, when you install your APKs from elsewhere, you lose the app’s security layer.  For what’s it’s worth, the app that you download from such sources is already tampered with.

So, it’s always advisable to stay away from pirated versions.

Is Android App Store Playing Into The Hands Of The Pirates?

Of course. The Google play store is in a way playing into the hands of pirates by keeping the source code open. When so much flexibility is allowed, tell me, which developer, won’t  take advantage of it.

But, no, the source code of iOS is fully closed and, in addition, is backed by stricter app store regulations that makes it extremely difficult (though not impossible) to side-load illegitimate apps.

Like it or not, there’s an actual statistical evidence that suggests that Android users are comparatively more tech-savvy as opposed to the iOS users. So, the former tends to tinker with codes, compared to the latter. And, then add in the frugality factor – and you know piracy is darn unavoidable.

On the other hand, iOS developers come from affluent class and believe in purchasing apps rather than rack their brains tweaking codes and all.

The bottom line is: Android users are crazy about free things and they are smart enough to get what they want; anyhow.

How to Turn Pirated Users Into Paid Users

Though developer Jack Underwood did not outrightly condemn app piracy,  but then he did something that had stopped the app developers in their tracks.

As in, to harass the users who pirated the ‘Today Calendar App’ Jake came up with an ultimate anti-pirate measure. He decided to add a random event to the user’s calendar. As in a fake event backed by a pirate theme. 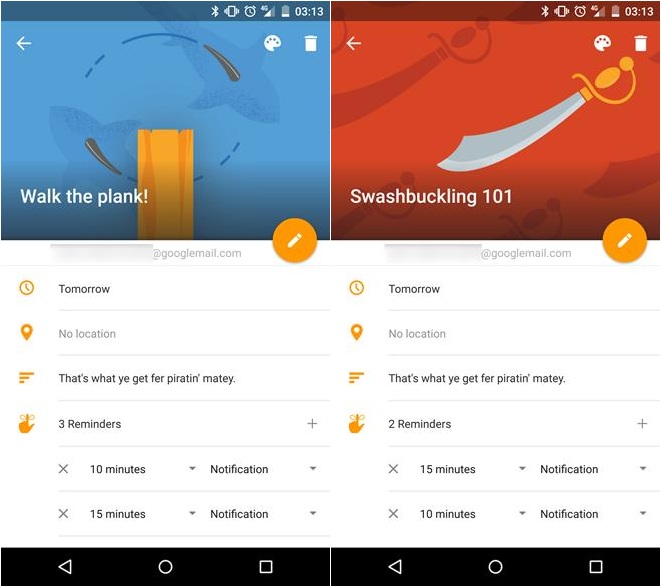 Events like “Swashbuckling 101” and “Walk the plank!” were introduced to set go off randomized reminders before the event itself, which were pretty hard to ignore.

All along, the developer ensured that only those users who pirated the app were affected and not the paid users. And then, in the hearts of hearts the developer also hoped that his anti-measure tactics will bring in more paid users.

There’s no point charging for a game for Android. The Freemium is basically the only way to go on Android. In fact, it’s the only way to make some money and gain some decent exposure for your apps on the Android App Stores.

As per the data released by both the IDC and App Annie, the Freemium business model is lording over other models. It’s all because people still twice before spending on apps outright. As per latest stats, at least 83% of all listed apps are employing this business model. This model alone is fetching a whopping 92% of the total revenue generated by all apps.

Do you dread app piracy? Then stay away from conjuring richer games and charging users up front. Rather, develop shallower games  and then charge the users for its base features and virtual goods by adopting the Freemium model. Does that make enough sense?