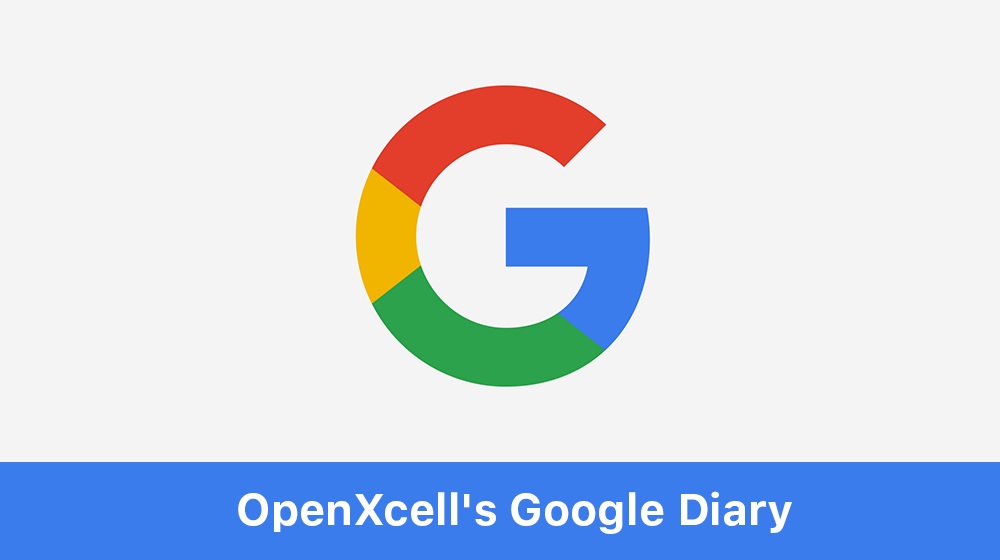 As always Google has been a hive of activity and announcements. Every small and big decision that Google takes affects us all. It is always good to know what bubbles in the cauldron of the Mountain View based search giant. Android Oreo is officially here. It will soon be on our phones. So what else has been brewing? Let’s find out.

So, basically if your http website has forms, credit card fields, other login fields, and input sections, it will be marked as ‘Not secure’ by Chrome 62 in October 2017. This notification has not come out of the blue. Last September Google had this post on its security blog. Things have been in the pipeline for sometime now. Google has emailed the webmasters of its intentions.

“We will publish updates as we approach future releases, but don’t wait to get started moving to HTTPS! HTTPS is easier and cheaper than ever before, and it enables both the best performance the web offers and powerful new features that are too sensitive for HTTP. Check out our set-up guides to get started,” Google says.

Any type of data that users type into websites should be private-inaccessible to others on network. Google strongly believes in data security.

While videos are popular a static thumbnail on a video doesn’t really give you an idea about what the video contains. Now whenever you search for a video, Google will show you a silent six second video clip preview of the videos that come up in your search result in the video carousel you see on top half of your phone. This way the 6 seconds autoplaying preview will help you decide if it is the video you want to see. You won’t be wasting time. Google has used its machine learning capabilities to design an algorithm which analyzes the whole video and picks up the section of 6 seconds from the most relevant part of the video to show as preview.

“On the Google app for Android and Chrome on Android, when video results show up in the video carousel, just like text snippets for text results, you’ll see video previews,” Google said.

These previews do not contain ads and they will by default play only when you use a WiFi connection. You can however enable video previews on mobile networks or can completely opt out of it. Watermarks that are visible are logos or a pattern laid over digital images to protect the copyrights of a photograph. The use of watermarks is a standard practice to ensure that consumers do not have access to clean images unless they are authorized or have the right licence to use them.

Google now has an algorithm in its repertoire that can erase these watermarks from photos automatically. “We want to disclose this vulnerability and propose solutions in order to help the photography and stock image communities adapt and better protect its copyrighted content and creations,” Google says.

Current watermarking technique is vulnerable because of the consistency in watermarks across image collections. To counter it Google suggests introducing inconsistencies when embedding the watermark in each image. “Introducing random geometric perturbations to the watermark improves its robustness,” Google adds. You can read the full post here.

Several image hosting companies are in the process of stepping up. “Our engineering team developed a watermark randomizer so that no two watermarks are the same,” said Shutterstock CTO Martin Brodbeck.

When you search for a place on Google Maps you always have a lot of questions. Google is now adding a Question and Answer section on the page showing you the search result. The idea is to crowdsource the answers for questions that we generally can have before visiting a place. You can add your questions and you will be notified when someone answers them. You can add your answers to the questions others have asked. You can edit and delete your answers too. You can also upvote answers given by others. Business owners will be able to add frequently asked questions and their answers from their end. Over all a good attempt from Google to keep you informed and updated. This feature however will be rolled out to Google Maps for Android and to Mobile search for now.

A few months ago in May, at Google I/O 2017 Google had announced that it would be bringing hands free calling to Google Home. Well, it has now delivered. It has now begun to roll out the said feature to Google Home. Now anyone in U.S. and Canada can ask their smart speaker Google Home to call anyone in their contacts list or local businesses for free over their WiFi connection with normal commands like “Ok Google, Call (Recipient)” or “Hey Google, Call (Recipient)”. If you are busy in kitchen and need to call your Dad you can simply say, “Hey Google, Call Dad” and Google Home will connect you to your Dad – not any other Dad as it recognizes your voice with the help of its multi-user-voice-recognition feature.

If you are a Google voice or Project Fi user you can tie your actual number to Google Home and the people you call will be able to see your number. If you don’t use Google Voice or Project Fi your number will show up as ‘Unknown” or “No caller ID” at the receiver’s end.

Google will now add support for 30 more languages to its cloud speech API. Now services such as Voice Search, Translate and Gboard will be able to understand many more users who can use voice to input text instead of typing. The list of languages that have been added is here. 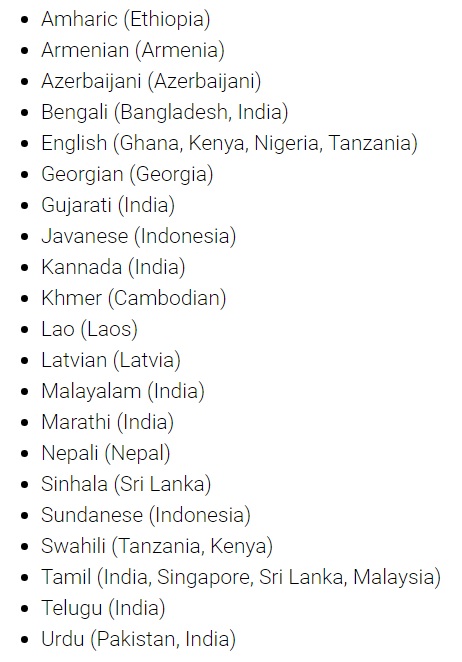 With the new addition Google cloud API now supports 119 languages in total. In simple words it means more people across the globe will be able to search Google by voice command and input text with the help of Google to use other Google services. There is something for US English speakers too. English speakers can now ask Google to put specific emojis by using voice commands. You can simply say “winky face emoji” and it will be there pronto – inserted in your text. 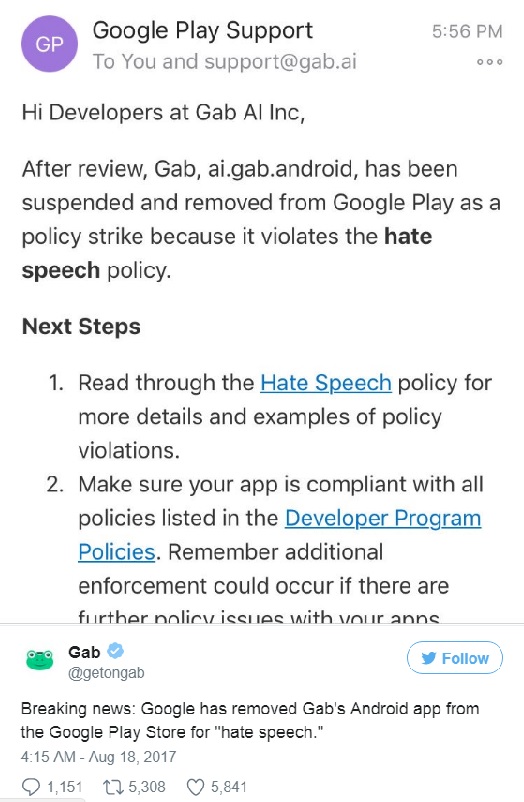 Having been rejected by Apple multiple times, the Alt-Right’s social networking app Gab has now been dropped by Google. It will not be available on Google Play. The app recently crowdfunded $1 million. It claims to make speech free again.

According to Google, Gab’s removal from its store is because it contains high volume of hate speech. There is no attempt to moderate the language.

A spokesperson from Google said, “In order to be on the Play Store, social networking apps need to demonstrate a sufficient level of moderation, including for content that encourages violence and advocates hate against groups of people.”

That is all from my desk for now. Until next time, Adios.