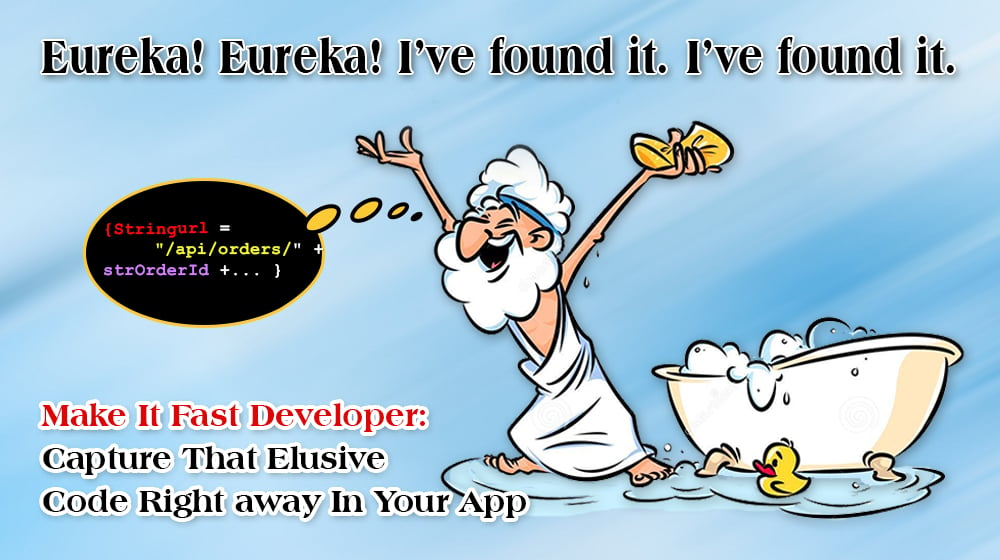 Do such Eureka moments wash over you while you are in the washroom?

And, then, suddenly you don’t  remember anything? Anything at all.

Good God! The codes came like a flash of lightening… those awesome codes.  Then suddenly, like a speck of dust, it disappears into thin air.

In all probability, it might have helped you fix that nagging bug in your beloved app, or might as well brightened up a particular feature or functionality in your app.

Ah! But then, it was gone. Gone forever.

Well, several of us might have experienced such breakthrough moments… moments that could have been a silver lining in your ever so dull career graph. Only, if you had a magical gadget called apps that could have helped you code right away, wherever, whenever you wanted to…

Well then, your wait is finally over! Today, there are many code development apps that to you develop codes then and there…Morning or night, bedroom or bathroom, amidst traffic or trauma. So, stop blaming your memory or any other faculty anymore and bet on code development/editor apps.

From now on, any such Eureka codes crosses your mind, rather than stopping dead in your tracks, just hop over to your iPhone or Android devices, and script away peacefully.

In fact, you’d find several apps in the app stores, both in the iOS and Android, to help you build apps on the go. So, whenever you feel that you are hard pressed for time while developing  your favorite app in the office room, or, the coding bug seems to get the better of you while you were busy watching Television in the living room, or you can’t help yourself from solving app issues in the washroom, then such apps will definitely come handy, helping you code right away.

Here goes those iOS and Android apps that help you script codes for your apps on the go:

iOS Apps For Developing Apps On The Go

Think Textastic,  if the code is on your mind and you don’t feel like booting up your desktop.  Just  log in to your iPhone, iPad or Mac, straightaway; launch Textastic and get your brain racking.  The app is loaded with no fewer than 80 file variants, including HTML, Objective-C, C++, PHP, Perl, Python, SQL, Javascript and many more, helping  you step by step in your coding process.

For your information, the app is pretty popular, earning it the coveted crown of being one of the best adaptable code editors available.

Given that the code editor is written from scratch with native iOS APIs like the Core Text,  the app is  pretty quick and responsive. Whether you are a raw or ripe Python developer, Pythonista app is meant for all. In short, you could use this app at all stages of your career. The feature-rich app comes with multi-touch, animations, sound and more, which helps developers create interactive experiments and prototypes. Additionally, you can use this tool for image processing as well. Everyone knows about Evernote, right.   And everyone is using Evernote. Isn’t that the case?   But that won’t stop us from including Evernote in our list because it such a productive app. Notwithstanding the mobile platform you are working on, whether it’s iOS, Windows or Android, the app gives you full access to the data, thanks to its storage capacity of 1 GB.  Though it’s a note taking app, you can scribble codes too. Additionally, you could use to arrange documents, text, images and more in one specific space. And you know what? There’s also a growing list of third-party add-ons that help you add a host of content to it.

If you are planning for a premium version, you even get a storage (1 GB), offline notebooks and priority tech support. This is one app the iOS developers shouldn’t  work  without, given that it’s connected to Git. Yep, you read that right. It’s connected to Git. So you can have access to repositories anytime, anywhere. In fact, the iOS 8 app allows users to access the clone repositories when offline. Plus, they can use it to edit, commit and more.  And, yes, of course, it’s a free app. Prompt 2 is totally re-invented with  new features such as an improved security, new design, editable clips whereby which you can access your most-sought after commands with just one-touch. Plus, you can sync your passwords, keys and servers across all your iOS devices. · Perfect syncing of your favorite passwords, private keys, and clips, all iOS devices
· Fast, and extremely secure
· Most-used commands could be accessed with a single tap
· Clips can be stored globally or per-server
· Easily change connections with a tab bar (iPad) or edge swiping (iPhone)
· Working with private keys is easier
· Secure prompt using Touch ID. Keeps the server safe

Android Apps For Developing Apps On The Go

Kids developing an app?  Nah! Too much too believe! O.K. Go ahead and read this.

Mark Zuckerberg in a YouTube video talks about this Californian kid who used to corner him  every morning with a volley of questions while he walked his way to Facebook’s old office building in California.

Kid: “Mr. Zuckerberg, I want to learn programming,” the kid used to yell at him.

What shall I do? I want to build an iPhone app?”

Mark:  Go ahead and download the developer kit then.

Next day, the kid says: The developers kit is worth $99 dollars, should I still request my mom to download it?

The point I am trying to drive home is that the coding bug has bitten the kids, let alone the adults. Samsung, with its pulse on the market, recently launched an Android app Micro Bit for school  kids aged 7 and above to help them code on the move. It could be while they are on their way to school or for that matter market or anywhere else.

However, for the app to work, kids have to ensure that their Android device connects to BBC’s mini computer, called Raspberry Pi. Once the connection is established, kids, could go ahead and  develop games on their iPhones or tablets and then get them to flash wirelessly to the BBC’s mini computer.  Or, they could bounce off ideas with each other on various coding projects  in their spare time. If these weren’t enough, kids can use to take selfies, calls, texts  and more.

According to Samsung  1.4  million digital professionals will be needed in the next five years, given the skyrocketing demand for connected and smart devices. The BBC is planning to distribute about one million free micro-bit computers to year 7 pupils with Samsung as the key partner.

As of now, this newly launched app is available only for teachers.  That’s a Debbie Downer, isn’t it? 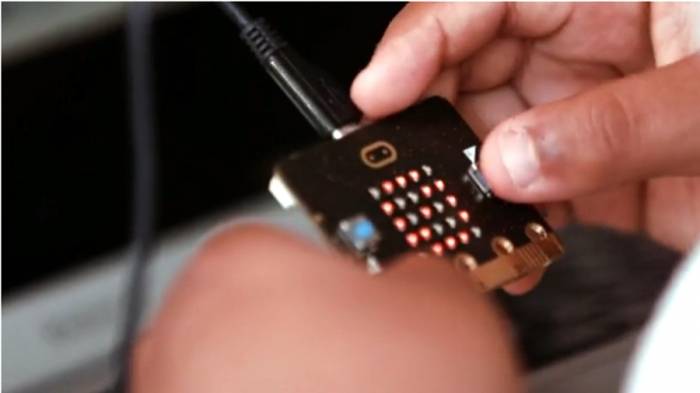 Nope, you won’t be able to build an app using Cloud Console App. But then, it helps with other equally crucial things such as monitoring your app in terms of problems and issues directly from your Android or tablet, and plus helps receive alerts. However, to access these facilities you need to host your project on Google’s Cloud Platform.  Plus, you can use Cloud Monitoring to track the performance stats and resources.  And, if you are not only the developer working on the app, and has got a team of devs out there, they too can be updated on the app status–  in terms of issues popping  up and the measures being adopted to manage them.

More than that, the app gives you App Engine and Compute Engine instances  to be viewed and managed from the app.  Besides this, it helps you with details and graphs in terms of starting and stopping an instance, among many other things. 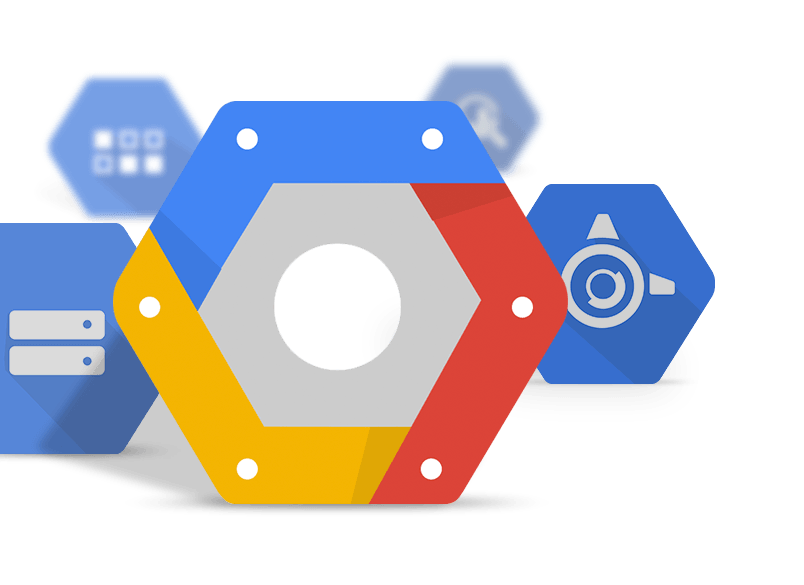 DroidEdit is one of the most popular and most flexible source code editors apps for android tablets and phones. One of the reasons being its exclusivity in terms of features and this includes Syntax highlighting for different languages such as Python, C, C++, C#, HTML, JavaScript, Ruby, LaTex, SQL, Lua and more.  You don’t  really have to look further once you have checked this app. Jota is a powerful text editor that supports a million characters and also works well for writing source code. Under the Preferences tab, you can adjust search, font, view, file, input, toolbar, and theme settings, and you can even add customized shortcuts. Sure, the app doesn’t offer that many additional features. But then, it does it’s basic job well such as syntax highlighting, built-in file explorer, line numbering, and specialist on-screen coding buttons and so on. More importantly, it offers FTP server support.

Given the app is bereft of so many good many features, it’s lightweight and easy to use.

However, the free version has certain limitations. And this includes limited code completion support and lack of preview mode. Opt for the premium version if you want to get rid of these limitations. 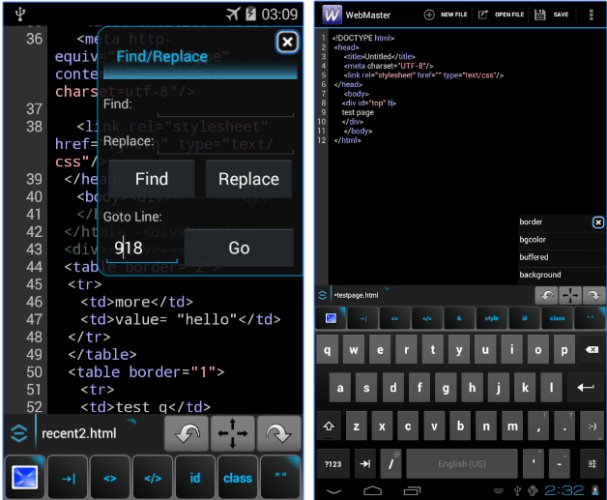 Developers should definitely check out these apps and even keep them handy when that elusive code comes calling them out of the blue.

For enterprises desperate to streamline their operations via  apps,  roping in an app development company is a must, given that they’ll help design apps as per your requirements.