Home » Resources » How much does an app like Tinder cost? 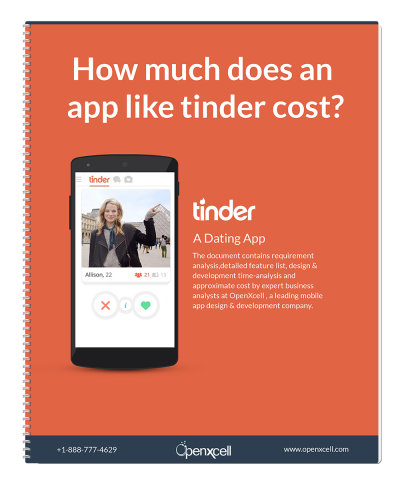 Tinder is a location-based social dating app which allows people to find new people in the surrounding areas and to connect with them to chat and further for dating. It was one of the first swiping apps which user uses a swiping motion to select between the photos of interested profiles.

Launched in 2012 , the now has  estimated 50 million people use the app every month with an average of 12 million matches per day. However, to get to those 12 million matches, users collectively make around 1.4 billion swipes per day. The App is available in more than 30 languages.

Some of the Key feature of the App:

In this analysis we will try to learn about how much does an app like Tinder cost. Following topics covered in this Analysis:

This research is carried out by our development team, our expert developers are very well versed & highly trained and based on their assumptions and experience they developed this analysis as a part of analysis of famous apps series.