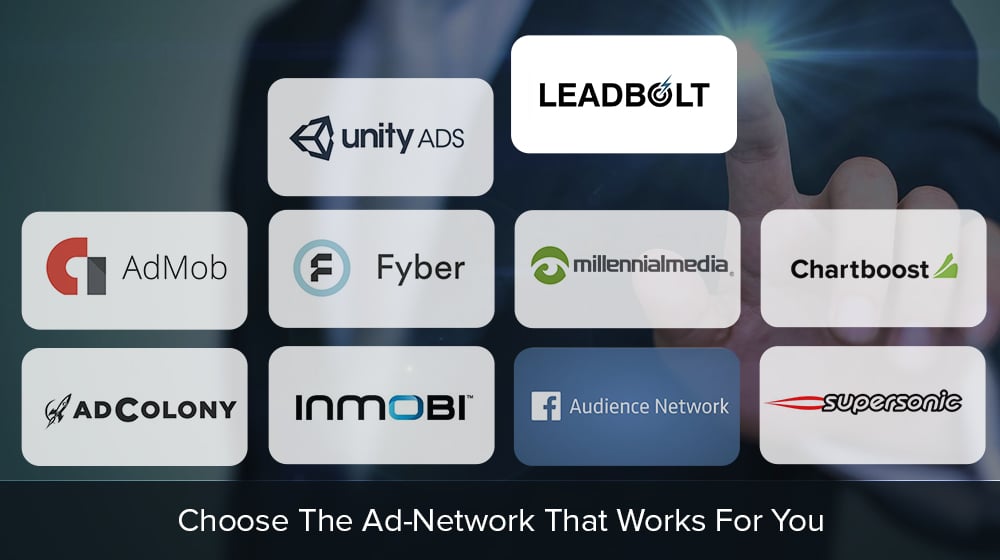 Let’s now look at some of the ad networks. You can choose the one that serves your interests best.

If you are a game app publisher, you should definitely try Chartboost to monetize your app better. It is a mobile-only ad platform that focuses primarily on gamers. It excels in the cross-promotion of apps and its ads are focused on encouraging installs of new game apps. Game app publishers opt for Chartboost to keep their user base together.

Publishers opt for promoting their new games apps in existing games apps. Users seek new and fun alternatives and app publishers need to promote their new games and push their installs; Chartboost gets a cut – everyone wins. The platform provides you with analytics and you can get plenty of insights on improving your campaigns by analyzing the data.

Developers get direct access to the data generated by Chartboost. Integrating with Chartboost SDK is very easy. Chartboost allows you to see who advertises in your app and where – the place. You control the ads the users of your app get to see.

Google’s AdMob is one of the most popular mobile ad networks with cross-platform capability. Over 1 million apps use AdMob and it is popular because of its high CPM and best fill rates. It is an industry-leading mediation platform. When you mediate from AdMob you get added advantage of over 40 third-party ad networks that will help you maximize your fill rates and thereby increase your earnings.

You can optimize the AdMob network and generate the highest CPM from your mediation stack in real-time. It is very easy to use. Even if you are starting with app monetization, it is advisable to use its different tools and solutions. You can cross-sell your other apps or those of your friends to your existing users.

Today Unity is one of the most trusted companies in gaming which is backed by a network of more than 1B gamers. If the Unity engine is already used in apps there is no need of adding the SDK. As a natural part of the gameplay, ads drive ARPU and contribute to the bigger goal – greater lifetime value (LTV) of the player. Leadbolt is a leading mobile ad network that provides advanced partner match technology along with dynamic ad delivery. It allows mobile advertisers to reach and acquire quality users at scale. Leadbolt has analytics-based algorithms that can assist advertisers with advanced targeting to help the best-fit audience engage optimally with Leadbolt. It is known for dealing with premium ads.

Its analytical capabilities are real-time and help the advertisers with optimization on different platforms. It provides app engagement data which helps the developers ensure that the advertisements shown do not mar the user engagement experience. Publishers connect directly to premium advertising partners through Direct Deals Marketplace. It helps with app downloads. It has high fill rates. It is one of the largest mobile ad networks. MIIP, its ad delivery platform is unique. It creates a discovery zone within apps where ads are curated and users can interact with the ads which ultimately results in better offers and effective, tailored ads. They target users on the basis of what they call Appographic targeting.

Instead of studying demographic or geographical metrics, they study the applications installed by users on their devices. Advertisers can reach over 1.5 billion mobile users across more than 32,000 mobile properties. With its InMobile ad networks advertisers can launch brand engagement campaigns, user acquisition campaigns, remarketing campaigns, and more.

Fyber provides its users with an Ad Server, Exchange, and Mediation products to generate revenue streams and to serve more than half a billion active users monthly. It is a full-stack mobile SSP that helps streamline all ad monetization strategies. Its unique offering is its ‘Autopilot Feature’ which enables automatic optimization of ad revenue sources for developers.

With Fyber, there is no need for developers to manually control the priority of mobile ad networks. It runs simultaneous campaigns across direct, programmatic, and mediated networks which helps in finding out the highest bidder.

Millennial Media is one of the largest mobile ad networks in the world. Some call it the second-largest, right behind Google’s Admob. It offers a wide array of mobile advertising solutions to developers and advertisers. Smaller enterprises can use the Millennial Media platform and use the self-service solutions provided there.

With the help of the platform, developers can run their own house ads and can allocate impressions to third-party networks. It is a very popular tool in US markets with its full range of advertising options across all device types and OS platforms.

AdColony is a mobile video advertising networking platform. AdColony deals with Fortune 500 companies. It associates with more than 85% of the world’s top-grossing publishers. AdColony has the capability to serve high definition mobile pre-roll videos to all kinds of devices on all kinds of internet speed. The platform drives high engagement as it selects and shows quality ad content.

Along with its Instant-Play HD technology, it offers innovative mobile video integration strategies and monetization solutions to developers. It has a very responsive audience for advertisers. It can be neatly segregated and targeted. AdColony has a global presence and this fact gives it a big reach. Advertisers can therefore easily reach their target audience geographically and demographically.

Mobile App developers and publishers find a one-stop solution to all their advertising and app promotion needs at Supersonic. Supersonic helps advertisers in monetizing their apps. Supersonic boasts of a network of more than 500 million users.

It has a deep pool of advertisers. The company works with well-known and popular developers which ensures that your app is seen by your intended audience and it engages with it. It has the platform’s capability to segment and target users. Smaller developers can use the platform and self-serve to monetize and promote their apps.

We covered a few more mobile ad networks earlier. You can read that post here. That’s all from my end for now. Adios.

Computer Software: Types, Cost and its use in Business

The success of all businesses depends on the kind of… 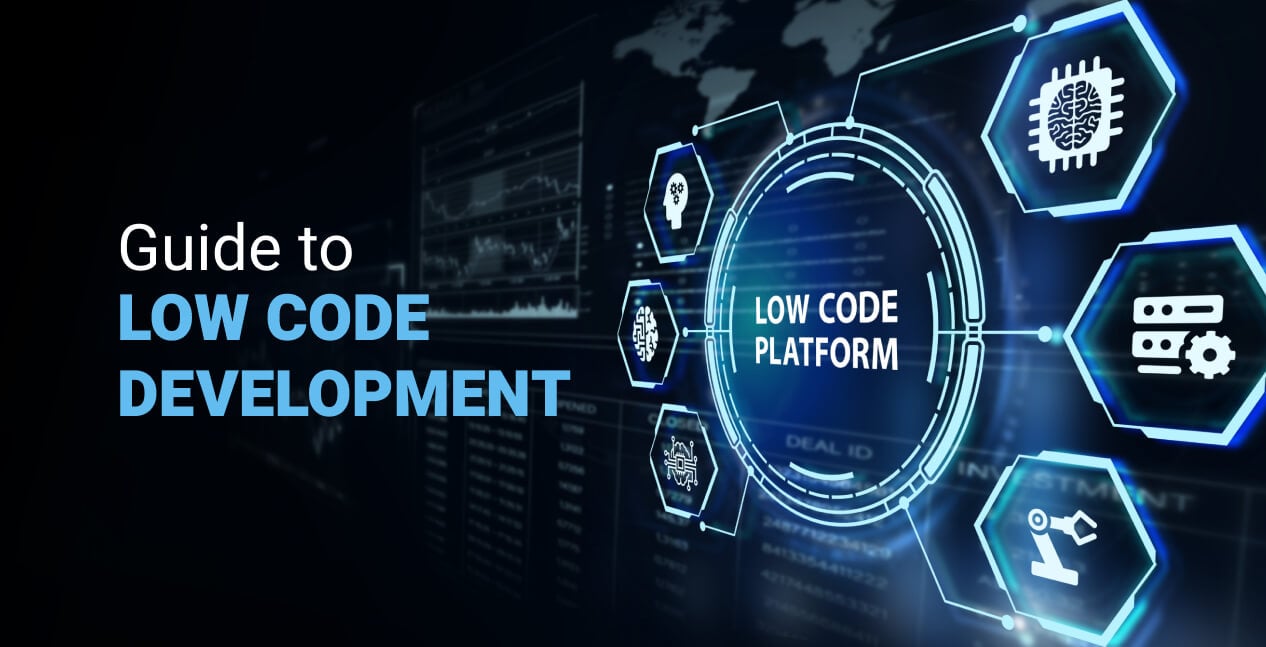 Traditional application development has changed as the need for the… 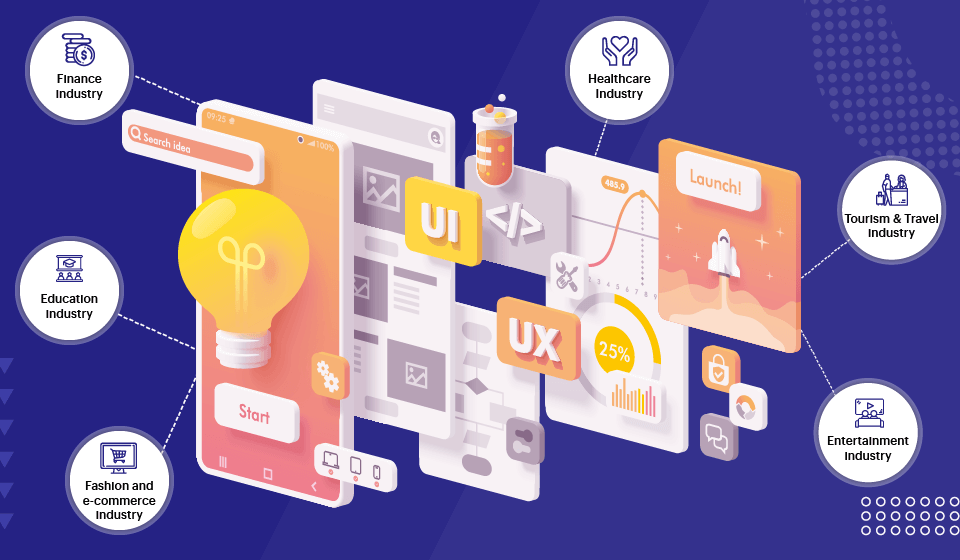 Are you searching for the best mobile app ideas in… 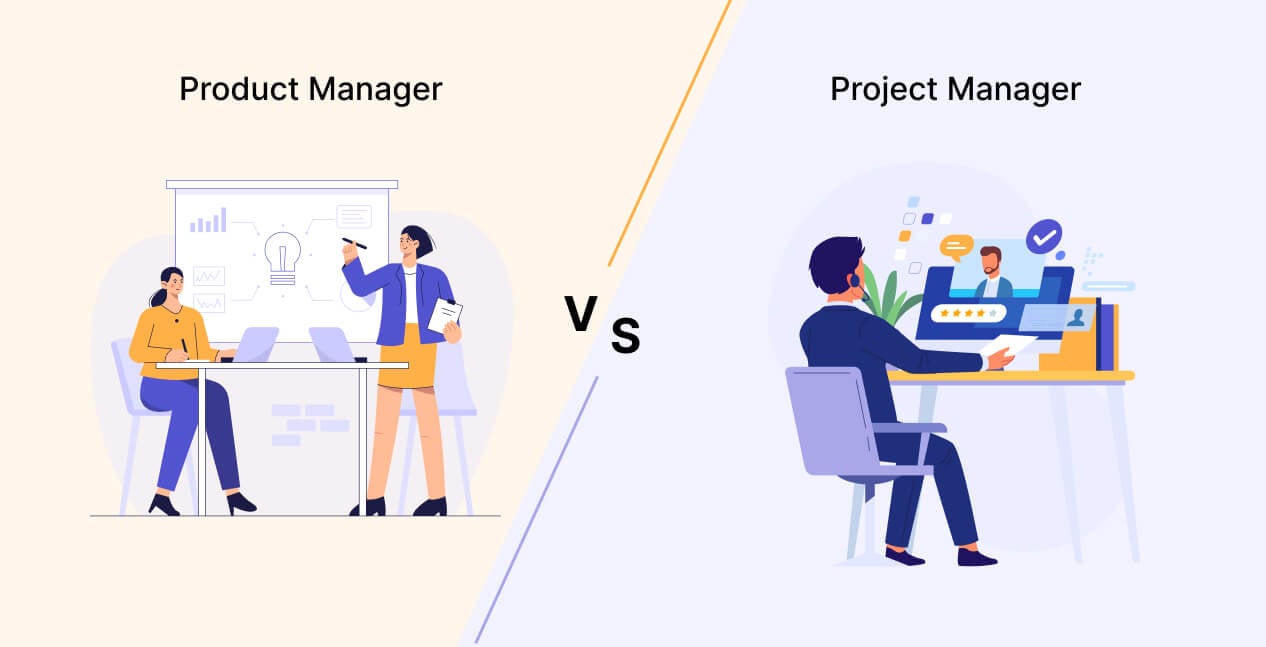 Product Manager vs Project Manager: Is there a difference?

Haptic feedback has a significant impact on user experience. Nowadays,… 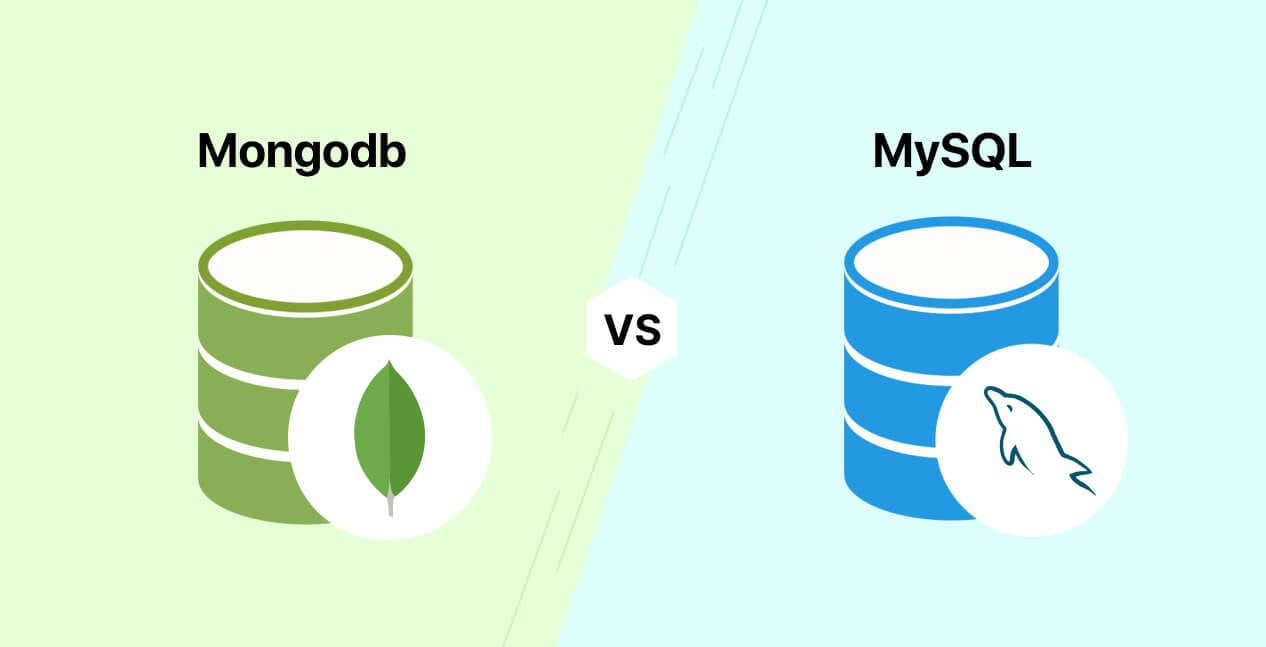 MongoDB vs MySQL – Introduction Whenever it comes to software development,…