Do you love crushing candy, guiding Flappy Bird through challenges or growing your farm on Farmville?

You are not alone ! According to a Business Week article, as of late 2013, a half a billion people have installed King.com’s Candy Crush Saga on their smartphone. Wired reports that during the short life of massive hit Flappy Bird, the creator was making over $50,000 per day in ad revenue. Angry Birds is a mobile game that has spawned cartoons and countless product tie-ins. Nevertheless, for every Farmville-sized hit, there are hundreds of games sitting in the app store that only have a handful of downloads. While every hit game may have different features, characters and challenges, a few common traits that make a game inherently more exciting, addictive and ultimately profitable. Consider the following things that the most successful game creators do to ensure success of their games.

Games that are most enjoyable are easy to learn, but hard to master. Do not expect your players to dive in and tackle the hardest challenges right away. Most successful games start with a few rounds that act as a tutorial, followed by a few easier rounds to help players get started.

The story may not be highly in-depth, but it should be interesting enough to keep the player motivated to see what happens next. In many cases, the story develops over time and new characters or missions may be added as the game progresses. The desire to see what happens next is a common motivation, so a good story can keep your players coming back for more. 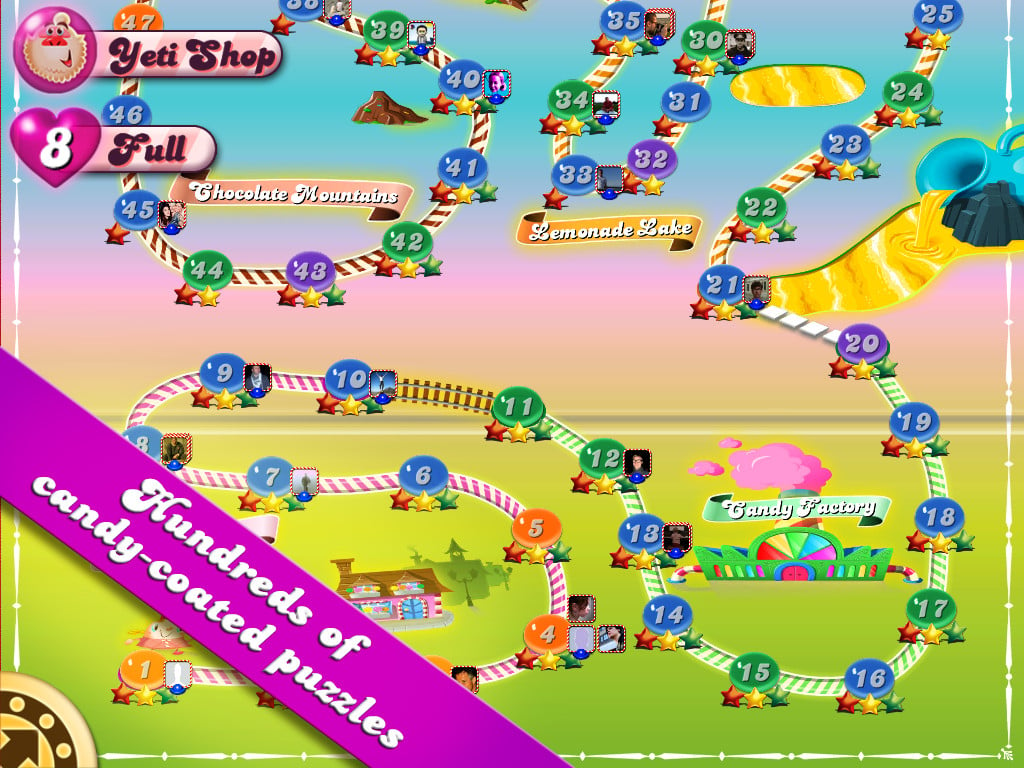 By structuring a game into individual stages, you offer a sense of accomplishment. Consider the example of Candy Crush Saga—players enjoy each individual level, but every 15 levels constitutes a “stage.” Moving from one stage to another is a big accomplishment and helps move the story along.

What happens if you click here or there? Will something special occur if you mix these two plants together to make a potion? Encourage your players to try something new by rewarding their curiosity. Surprises and exploration will always make a player want to come back and play again.

Image Courtesy: Two Dots Game by Betaworks One & The Next Web

That’s one level of candy crush that is so difficult to beat is frustrating, but there is something very rewarding about “beating” the level. Don’t be afraid to challenge your players. It can be a big drive to bring players back to play even more—especially if they have friends who are already boasting of having beaten the level or accomplished the goal. 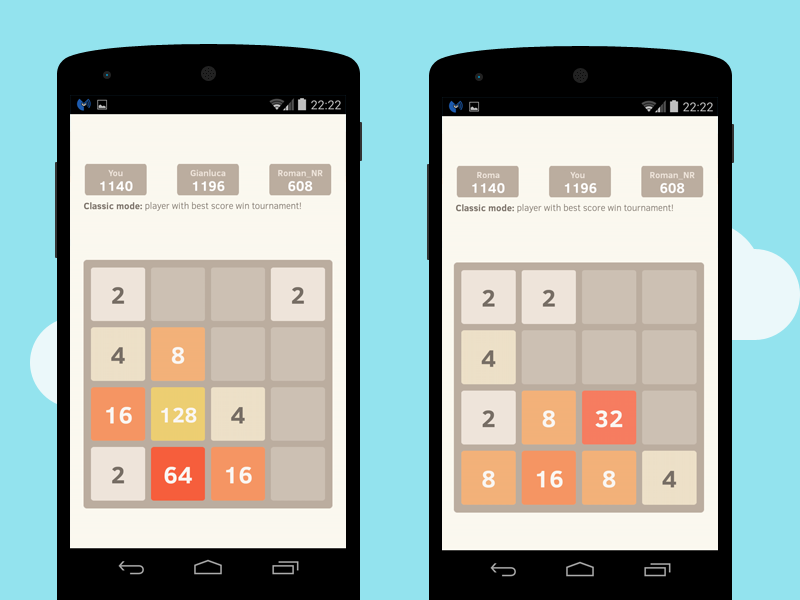 Find a way to display high scores and give your players something to beat. Even if they have passed a level, some players will want to come back and try to score higher or accomplish more. Consider the feature in King.com’s games—players can notify their friends if they beat the level high score.

7. Build a Quest for Power

Are there certain powers or boosts available in your game? Find a way to make your player’s quest to receive these powers. By attaching a value to power, you make it more desirable and encourage your players to work harder to achieve it. Offering players a way to encourage friends to join the fun is one of the best ways to organically grow traffic. While those invitation notifications can be annoying, people do want to know what the new, hot game is and what games their friends are currently enjoying.

Do you ever wonder why so many games have “bombs?” Allow your players to reduce their frustration with features that allow them to make a big impact. The bomb birds in Angry birds and candy bombs in Candy Crush are just a couple of examples of these aggressions-reducing features.

Encourage your players to come back day after day by rewarding them with extra lives, special features or unique items. In-game rewards are also a good “prize” for completing a quest in the game. In-game rewards are encouragement to stick with a game even when it becomes a bit stale or aggravating.

11. Make Friends Depend on One Another One of the best ways to get a player back into the game is by encouraging player-to-player interaction. If a gamer need help from a friend or two to proceed in the game, they will invite new players and encourage other players to come back again. While you don’t want to take this too far, a small amount of dependence is a good thing.

You don’t want your players to become bored or too frustrated with the need to find a certain object or meet a certain goal to proceed. Making it challenging is important, but you do want to make it possible to proceed. Offering in-game boosts and “help” can lower the frustration level and make the game fun again.

While in-app purchases are one of the most important ways that game creators make money, you don’t want to create a game that requires this to make the game fun. Games that are “pay-to-win” quickly lose their luster to players who are not interested in paying money to play and if your game loses the “non-paying” core audience, the paying crowd will likely soon follow.

It’s impossible to predict what the next “big” game will be. However, it is most likely to be a game that encompasses at least a few of these important methods of boosting the addictiveness. While great marketing is a very important part of achieving success in the world of mobile gaming, creating a high quality and fun game is the key. Spend some time looking at what all of the biggest hits have in common and you should develop some good ideas on how you can build your game to be addictive and fun!

Do you have a good idea and need a creative game development studio to work on it? contact us.

I am storyteller, marketer, developer, designer, thinker, enabler, rescuer, founder, CEO, whatever you call at OpenXcell and Orderhive. I do whatever best suits to my company. I love facing challenges, driving cars on muddy roads and giving surprises.