Yes, it’s the most obvious thing in the app development space today. Enterprise apps have invariably enjoyed one-upmanship over consumer apps in terms of ROI and more. Again, it’s a well-known fact that some app developers knowing its enormous potential, have been milking the enterprise apps for all its worth for a while now.

And why shouldn’t they, by the way? Consumer Apps can do only so much. It’s enterprise apps that help devs run their kitchens. It’s in enterprise apps where the money is. It’s enterprise apps is where the action is. If, as a developer you haven’t given due thought to it, go on and do it: Now. Hope, I not scaring the living daylights out of consumer app developers. If at all I am, no umbrage. I am just plainly stating few facts so as to put you on guard. (And, if in case, your consumer apps is doing great, all that I can say is good, and carry on with your good work.)

Now, why I am going gaga over enterprise apps. It’s Vision Mobile’s latest global survey on mobile app developers titled: Developer Economics Q1 2015: State of the Developer Nation that’s making me do so. The survey included 10,000 developers spread across 130 nations. According to it, if solo developers or small app development companies need to survive, much less thrive, in the mature app market space they should really focus on those niches that would help them make a decent living, let alone make fortunes. Given the rising quality and ever-evolving functionality parameters in the app arena, talking about fortunes apparently seem out of place for most app developers right now. According to the survey, 38% of consumer app devs in the world make somewhere around $0 to 100. So, that’s peanuts.

However, the same thing does not hold true for enterprise apps. It’s the sun that always keeps smiling on the dev community, come what may. Little wonder, app developers – Hobbyists, Explorers and Hunters – are falling for Enterprise Apps hook, line and sinker. 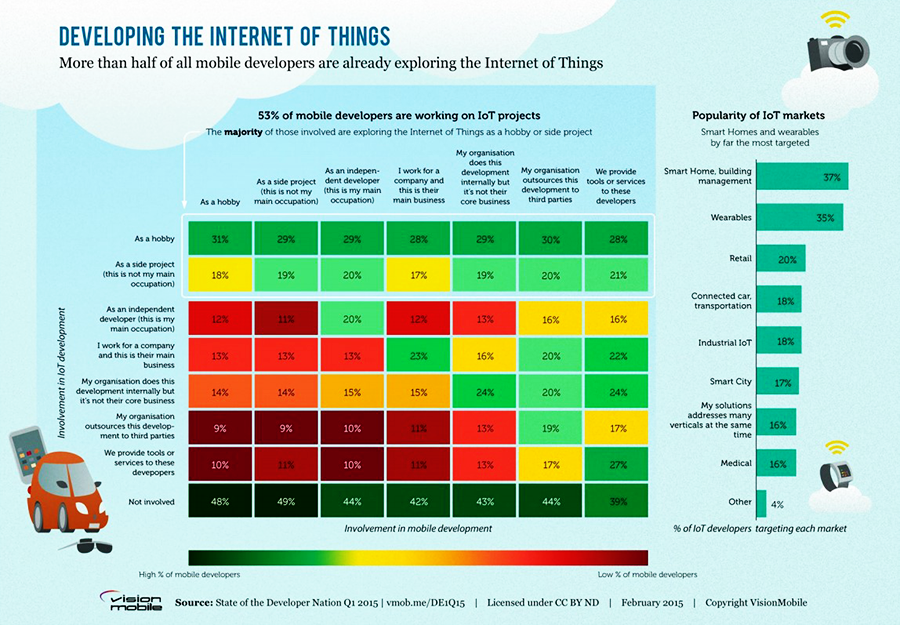 According to Gartner, 25% of the businesses will be owning their own Enterprise App Stores. So, if your business is running on apps, setting up an Enterprise App Store will be the best thing that you could be doing to your company. How, exactly? Simple, because if you set up such a store, you can upload any business apps there and your employees can have Close Ups and also download the same easily that too from anywhere in the world. The best part is that you do not have to rely on any other public stores for app uploads and downloads. You can do things your way. As in you can create your app at any point in time to addresses any new business opportunity or customer requests and upload your app instantly.

Additionally, you will have more control over apps used by the employees and will be able to apply tighter security controls. What’s more, it will help drive productivity within the organization, offer instant gratification, and to top it all, it would be an epitome of corporate and industry leadership.

Therefore, if you are business is too much into using mobile devices, Bring Your Own Device policies, and tablets, setting up an enterprise app stores should be a to-do business strategy for you this year. And even now you feel that you could exist without them… good luck.

Enterprise apps are redefining the way businesses are run all over the world. So, if an enterprise app is not on up on your sleeves, just push up your sleeves and have one. It should be practically every app developers and every business commandment this year: Thou shall make Enterprise Apps.

OpenXcell is a market leader in app development and app marketing. So, if in case you are pursuing any serious Enterprise app development or marketing plans for your organization, OpenXcell will be happy to help. We have the experience and wherewithal to make your app a grand success.