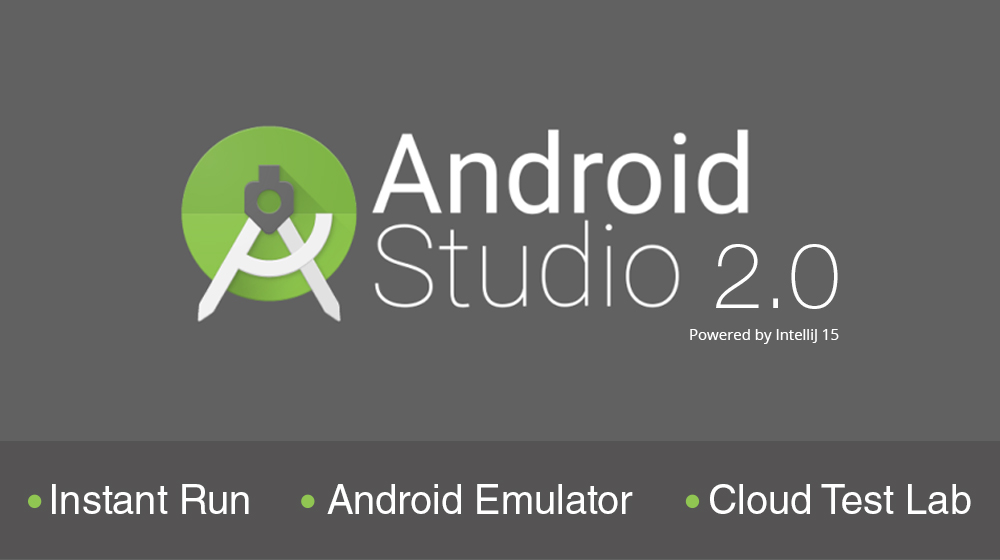 Android Studio, Google’s official Integrated Development Environment (IDE) was launched in year 2013 for app development. Google has now launched Android Studio 2.0 with new features that will enable the app developers to make android apps faster and better. The new version can be downloaded for Windows easily from here.

Developers who want faster build speed are going to love this feature. They can make the changes and see them appear live in their apps in the shortest time possible. After you click the instant run button, the feature analyses the changes and looks for ways to deploy the changes in the fastest way possible.  “Building for mobile can sometimes feel clunky and slow. Instant Run in Android Studio is our solution to keep you in a fast and fluid development flow,” says Google in a blogpost.

Instant Run supports Android Ice Cream Sandwich and higher. It however doesn’t work the same way for every change. Some changes will still need restart of an app or activity to be seen on the device or an emulator. Instant Run increases the productivity of developers by accelerating edit, build and run cycles.

The new Android emulator has new user interface and sensor controls. You can now quickly install APKs by using the drag and drop option. You can resize and rescale the windows. You can also use different multi-touch actions –pinch, zoom, pan, tap, rotate, tilt on the new emulator. It needs Android Studio 2.0 or higher and SDK tools 25.0.10 or higher to run. Now you can test your apps on a wide range of Android devices right from Android Studio with the help of Cloud Test Lab. After initially testing your app on Android device or Android emulator, you can extend your testing process to Cloud Test Lab. You can run your collection of tests on a portfolio of physical Android devices that are hosted in Google’s data centers. The portfolio consists of a wide range of different devices with different configurations across multiple languages, screen orientations and versions of Android platform

Cloud Test Lab can perform basic set of tests even if you are not ready with the written tests you want to perform. With the help of integrated tools from Android Studio you can configure your tests, deploy your tests to the Cloud Test Lab and analyze the results. Cloud Test Lab supports Espresso and Robotium or UI Automater – Android test frameworks in Android Studio.

App Indexing feature in the Android Studio 2.0 now can auto generate right URL structure for your app code. It will also add the right attributes in your AndroidManifest.xml file. It will now take just a few clicks to add an indexable URL link which will help in streamlining indexing. After adding the URL to your app, you can test and validate your app indexing code. This feature will promote the visibility of your app in Google Search. No need to fuss over generating and adding the right App Indexing API. Your users will be able to find you easily. With the help of this feature, Android Studio 2.0 helps improve app search and discovery.

Android Studio 2.0 makes OpenGL ES development easier for everyone who is interested in it. App developers who are developing OpenGL ES based games or apps will be able to see each frame and GL state with the new GPU Debugger Preview. The new GPU debugger provides rich information about the frame and GL state. All the GL rendering issues can be diagnosed by capturing and analyzing the GPU stream from the chosen Android device. It is now easy to step through your OpenGL ES app frame by frame and analyze it.

These are the new features of Android Studio 2.0 which will help you fix, develop and debug your apps faster. You can also watch this video.

I will be back with more details of helpful updates as and when they are released. Until then, Adios.