“No offense, but for peanuts, I say, you will get only monkeys.”

Therefore, Dear Ladies and Gentleman, if you really wish to have, forever, for that matter, a bunch of talented app developers on board, get going, and spend lavishly on them.

That’s all that matters! Nothing more!

Don’t be, says human resource experts. Because there’s more to hiring than just monetary benefits. Investing in growth and development, for one.

So, as an app development company, if you really wish to hire and hold on to quality talent, balance monetary aspects with growth and development.  That’s about it.

And, if  you ain’t doing it well, let me tell you, developers would leave you in no time.

So, the best way forward is:  Hold on to quality developers by satiating their intellectual taste-buds. Introduce training and development workshops time and again.  This will ensure that they would think twice before quitting.

Yes, the fact of the matter is, the world hungers for knowledge, let alone app developers. So, if your organisation, for one, offers the mobile app developers enough opportunities to grow and develop their skill-sets, why will they show their back to you. In fact, they’d think twice before doing that. Take my word for it. 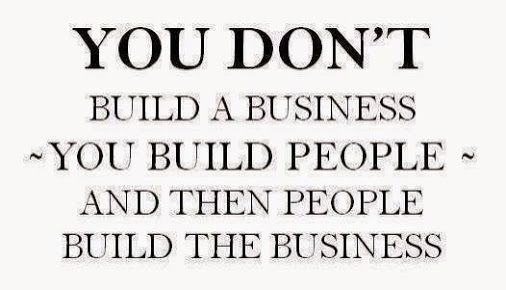 Picture this scenario:  Peter Perriera  is the CEO of a boutique-sized app development firm, with no fewer than 200 developers. The company has been facing deep crises for long , courtesy the high attrition rates.  In other words, the developers leave  the company when they finish with their basic training, sometimes in six months or so. Well, this did not go down well with the clients.  Little wonder, client complaints kept climbing.  Because of this, the human resource personnel’s of this company were always on tenterhooks. Their full-time business was hiring and training replacements.  Not surprisingly, this was affecting the company’s bottom-line big-time.

Well, Peter after some introspection, was, finally, able to put his finger on one particular reason that was responsible for this high employee turnover rate.  It was found that it was not due to monetary reasons, anyway, but it was due to lack of growth and leadership programs, such as manager training programs, employee recognition programs and things like that.

So, the key to hiring and holding on to quality talent is to give them what they want and keep your 2 cents under check.

Here go some 10 quality ways to hire and hold on to top talent.

Yes, that’s the first and foremost thing that every app development company should bear in mind, given that it has been observed from time to time that app developers themselves invest from their own pockets to update their skill-sets. This is not done! So, it becomes all the more imperative for companies to take it on themselves to educate developers about the latest tools and technologies, and even organize workshops on a constant basis.  This, in a way, will portray your company as a forward-looking company that has the best interest of developers in mind.

The bottom line:  Education could be the driving force that could motivate developers to stay on and don’t jump jobs that easily.

2] Rope In The ‘Rockstar’ Developers

Allure rockstar developers on board.  And their cronies are sure to follow.  Yep! That’s the magical recipe to hiring some of the best talents in the industry all in one go. Let me tell you, developers love to work with highly talented people in the hope that some of their talent will rub off on them as well.  So, without further ado, get going. Bring the rock-stars on board.

3] Brand Them As ‘Problem-Solvers’

Yep!  App Developers loved to be labelled as problem solvers, or solution providers. No, don’t  define them by their programming languages (e.g., Java or Objective C).  That puts them off, badly.

In fact, it’s a well-acknowledged fact that humans have this inane need to prove themselves. Not once, but time and again! So, give them challenging jobs and they will prove what they are capable of and more. And, if possible, allow autonomy. Quality developers thrive in an environment where they  are encouraged to take control over the entire development process.

Go on! Get the prospective/new developer to socialise with the team. Organize a small get-together or tea-party, for one, which could turn out to be a cool platform for sharing team excitement and optimism.  According to some industry experts, the team lead should even think of bypassing the HR, until the closing process of the prospective candidate is over, if s/he wishes to establish a personal rapport with the prospect and desperately desire to have him on board.

When Silicon’s Valley 800-pound gorillas are alive and kicking mightly, offering handsome pay packages and all, why would anyone even care to turn up at your doorstep. Right? Wrong! There are good numbers of reasons why developers knock at the doors of start-ups as opposed to renowned companies. People love adventure. People love glamour. Given that every techie wants to be in the shoes of Jon Koum and Mark Zuckerberg someday; they are actually looking forward to working in an incubator like environment. These developers themselves are wanting to have their own set-ups in a few years time, so they won’t mind spending a couple of years with you, just hoping to sharpen their axes.

6] Give Them What They Want

Scandalised?  But then, you ain’t supposed to force your ideas and plans on a developer. Never. Rather, ask them what they want. That’s the best way out.

If spending more time with his/her family is on his mind, give them that.  Quite the contrary, if you go ahead and reward them with better incentives and all, let me tell you, it won’t work.

On the other hand, for some developers, challenging work could be the sole driving force.  Something that helps him/her enhance their skillsets. Incentive or no incentive doesn’t matter much to them. So, offer them what they want.

7] Don’t Bother Them With Trivialities

You see, mobile app developers need to be creative at times. And, at most of the times, their mathematical mind is deep in work. And, in the middle of that, if you go and bother them with some useless shenanigans; let me tell you, don’t. He/she will out of his mind in no time. And then, it becomes darn difficult for them to get back on their work mode.  So, think twice before bothering them. Reach them only when you have no other way to get your work done.

8] Show Them The Whole Picture

Mind you, explaining just the basics won’t help you extract full value from your engineer. On the contrary, show them the entire picture. Who knows, their ideas may be better than yours. So, give them the freedom to experiment. They may just surpass your expectations.

No, Seriously! If you provide them with serious tools, they’d work for you seriously. In fact, you will able to justify the expense, given that compiling codes and all takes up a good amount of CPU power and RAM.  So, getting that fast computer may save developer some time, which in turn could propel their productivity.

10] Hire Candidates With 80% Of Qualifications

Yes! The 80/20 rule. According to recruiters, if a candidate has about 80% of the skill sets,  go ahead and hire them. Such employees are easier to retain than those that come with 100% qualification. The 80% employees will do all that they can and some more to acquire the remaining 20% skill-sets, which in turn, make them a perfect fit for their job in next to no time.

Go for developers who are ready to offer contact information without much ado. This will help you get proper feedback about their work.

Look for excellent UI/UX skills in your developer.  While browsing their portfolio pages look for beautiful looking apps with excellent user interfaces. Why? It’s because 60% percent of your application is about user experience.

It’s all said and done. Isn’t it? We walk the talk, is all that we can add as a conclusion.