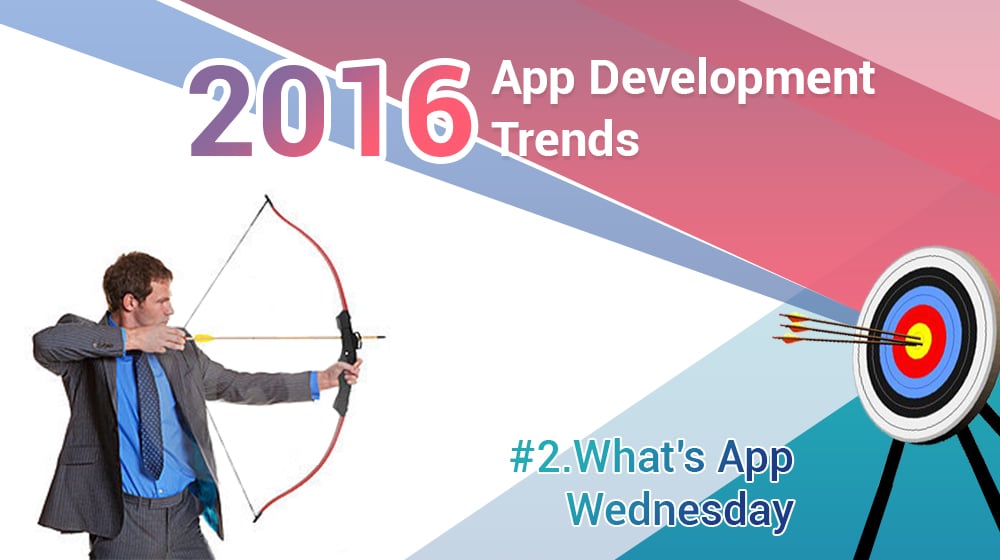 A Clarion call to all the app developers of 2016. Hitting the bull’s eye is easy this year, if you aim right, specifically, in terms of app development mechanisms. Apple watch apps are in. Cloud Development is in. Enterprise apps are in. What else? Read on to know more.

(Agreed, this info has been shared on several sites. So, how is this post gonna be different? Um, just that we have taken a li’l more pain to make the list a lot more comprehensive. Isn’t that a good enough reason to read on?)

So here go the 10 app development trends you should consciously aim @ 2016: Much as you may despise Apple Watch screen size and all, the fact of the matter is, Apple Watch sales are going north. But then, what surprises us a li’l is Apple CEO Tim Cook’s unwillingness to share the Apple watch sales figures, despite Investors begging him to do the same. Smart guy. Of course, it’s plain and clear. He does not want to play into the hands of the competition.

Nevertheless, the Wall Street Journal managed to extract some numbers. And its really awesome. Q4 sales figures of apple watches stood at 3.95 million while the app count touched 10000. The figure is said to treble by the second quarter of 2016, according to the app experts. Good enough for the developers to set their aim on watch apps. What say? Then there is the newly revamped watchOS2 to look up to as well.

This is competitive information. I don’t want to help the competition. We shipped a lot [of watches] in the first quarter, then the last quarter we shipped even more. 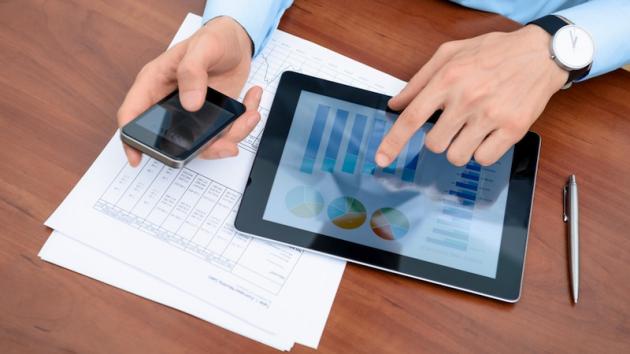 Just like the last year, there’s no looking back for enterprise apps this year as well.  Businesses are betting big on enterprise apps, given that they are the best tools to market their products and services, not to mention it scales ups their productivity levels as well.

Not surprisingly, businesses need them in big numbers.  So, enterprise app developers would be on a rollercoaster that would go only up this year.

Consider this: Nearly 20% of developers are gonna make enterprises apps this year, and in that process would end up making more than $10K every month than the consumer app developers. Good going enterprise app developers.

Yeah, it’s a no-brainer: Gaming applications are ruling the app stores. With people in every cranny and every street of the state playing games,  it couldn’t have been any other way. For that matter, even statista’s September 2015 data concurs with what we have been saying all along: That gaming apps are the most popular category, with 22.21 percent of active apps on the app stores being game apps, followed by enterprise apps. 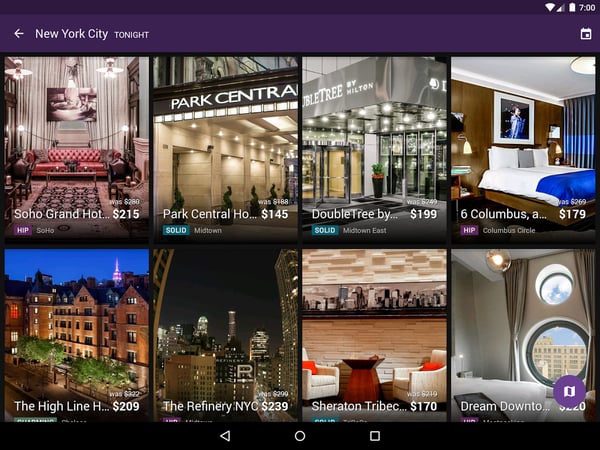 Next to Enterprise and Game apps, Hotel Reservation Apps should be on your to-do list of app development. Why? As per a recent survey, nearly 38% users said that they have been using their phones while arranging trips. About 60% users downloaded travel apps while 62% of the travelers accepted that they have been using widgets to search restaurants while travelling. About 51% used it to know about the flight status.

Given the spectacularly crazy demand  for reservation apps, most of the renowned hotels and resorts are already offering their service through apps.

So, you need to target/convince those that are yet to jump into the app bandwagon. 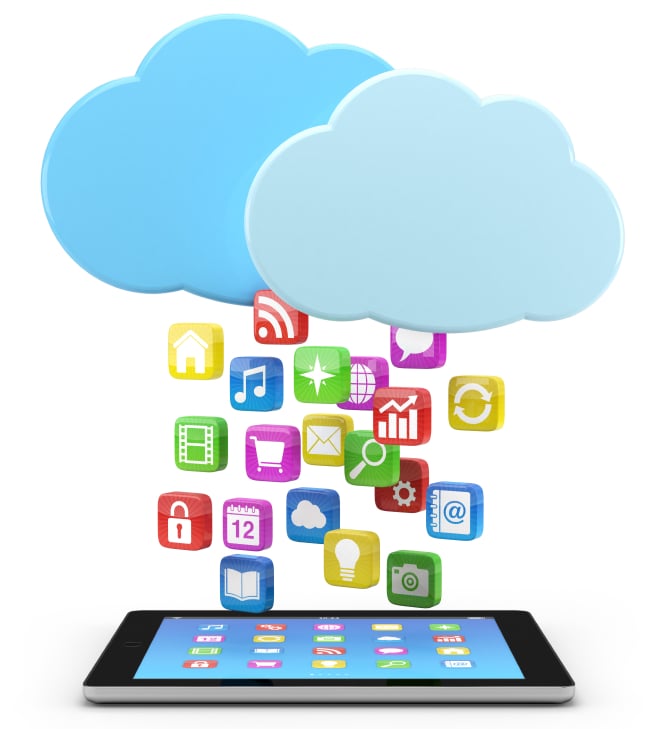 Cloud based app development will be in demand. It’s partly because it would support in the development of small sized applications, and partly because of its cross-platform compatibility. Developing small-sized application means, you don’t have to hanker for bandwidth for downloading e-apps, and cross-platform compatibility implies you could use apps on all devices, irrespective of their operating systems. 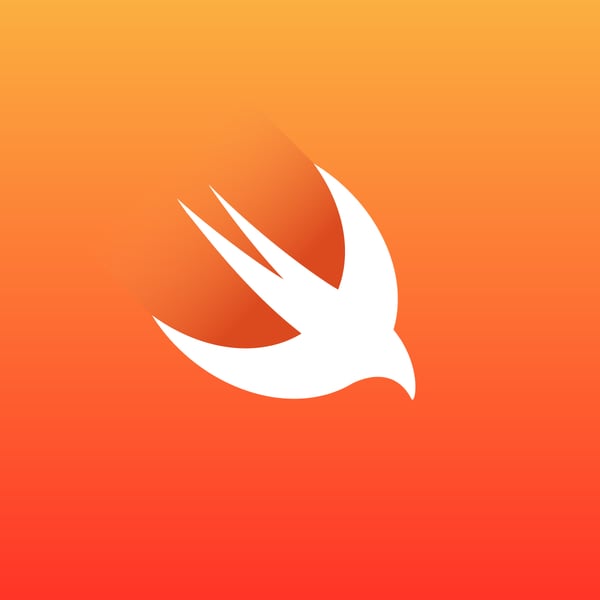 Though Swift has been integrated into Xcode tools that led to an incredible 11 million downloads by far; though Swift has been built on a modern compiler, offering developers an opportunity to craft their own codes; though Swift is gonna go open source very soon, but the fact of the matter remains: Swift won’t replace Objective C that soon. But then, the developers can’t forever stick their butts to the old and forsake the new.  According to industry insiders many iOS devs will be ringing in the New Year with Swift, unlocking its potential and applying it in iOS, OS X, watchOS, and tvOS apps. For the starters, LinkedIn, Yahoo, and Vine are already onto Swift. 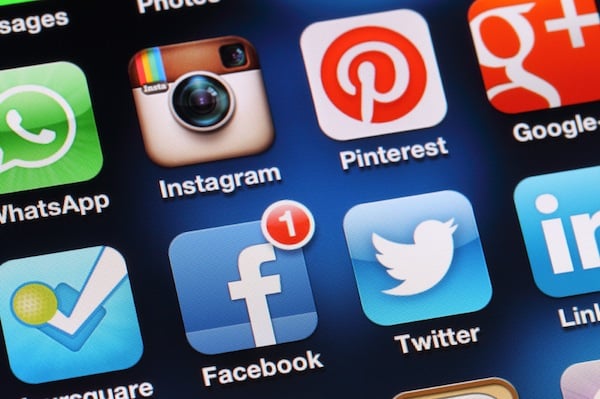 Social networking applications are raking in gold in terms of revenue.  So, if you have the nerve to take on the might of world-beater apps, such as WhatsApp, Line, Wechat, Instagram, Snapchat, Facebook, YouTube, or Facebook Messenger, and produce something that’s a notch higher, I tell you, you already have a blockbuster app in the making. All the best!

Sadly, forsaking apps are users’ forte. Come to think of it, that’s how the appland runs. Isn’t it? Checking out every new app that pass their way. And, in no time, they begin to cart off the ol’ apps, to court the new. So if you wish to keep your apps evergreen in the users’ mind, indulge the users. That’s the catchword here. INDULGE.

Now, how do you indulge your customers? Easy. Employ app analytics. It would give you inside-out data on how users are interacting with your app.  From there you could decide on the kind of improvisations that could better the user experience. 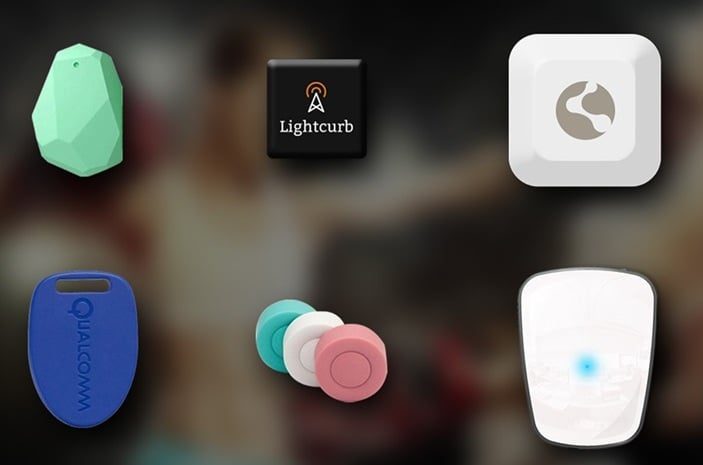 Shopping apps, specifically retail apps nowadays, come along with location-based support.  As in, they help customers with all kinds of shopping suggestions.  Haven’t heard much about it? Just check out this blog, 12 Crucial Questions Answered On Beacons’ Growing Influence On The Retail Industry,’ to get a fair idea on how beacons are being harnessed by businesses to help  customers better their shopping experience. Beacons, basically, are meant to offer location based support to customers.

Further, there are platforms like Wi-Fi MX coming up – the objective of these platforms is to offer a range of localized services. 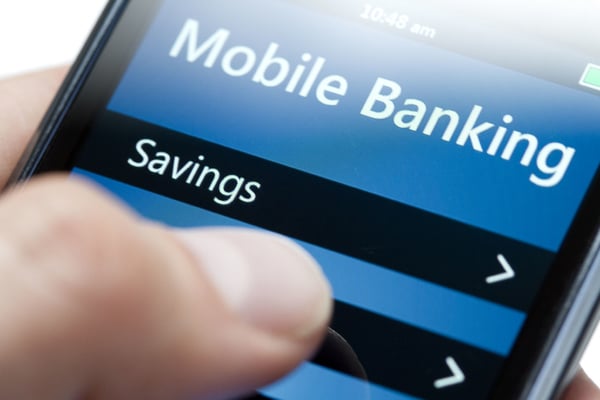 M-commerce has taken over eCommerce. Mobile banking has taken over desktop banking. Not surprisingly, transferring funds via Apple Pay/Pay Pal is the norm these days. So developers, while developing their incredible apps should bear in mind that their apps should be able to process transactions in a faster, safer, and more easier way. Got…na? 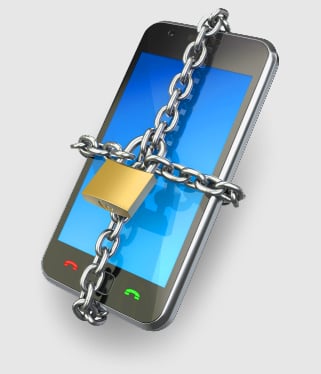 For your information, every single app that have bagged top positions on Google Play has been hacked at some point in time or the other. For that matter, even iOS apps have not been spared. Turns out, more than half of the paid apps have been hacked in the iOS store as well.

But then, why does hacking happen in the first place?  Simply, because nearly 75 percent of the apps haven’t taken security measures seriously as per Garter.

So, big thanks to all the hackers out there. It’s because of you, app security is gonna get so much of boost in the upcoming year, both among the developers and the users. Even Apple and Android have pulled up their socks to upgrade their operating systems, and at the same time are requesting app developers to do the same. And there is this BYOD concept that’s gaining ground as well. So, by hook or crook, enterprises will have to tighten up their security protocols to protect sensitive data.

So, it  won’t be a surprise if a whole industry of app security experts emerge in the coming year. Cool… eh? 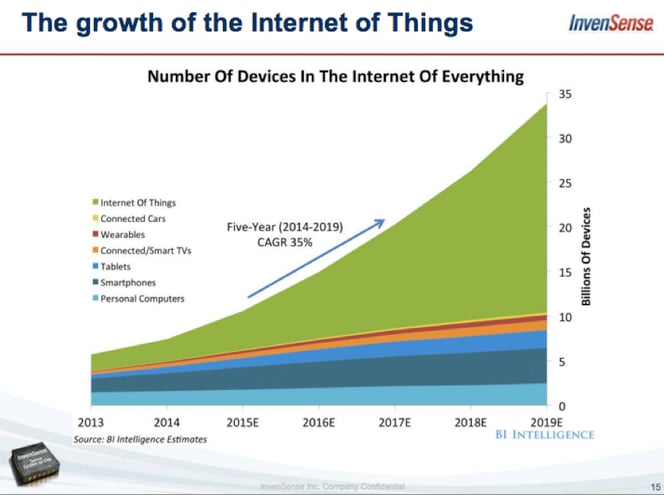 The stats favoring IoT is mind-boggling.

Aside from this, Cisco and its contemporaries are even predicting IoT devices in the form of dimmable streetlights. These streetlights would work to full capacity only when its sensors detect motion, otherwise it won’t. This would not only help save energy  but even reduce energy costs by 70-80%.

As per BI Intelligence, by 2019, nearly 35 million devices will be connected through the Internet of Things vis’-a-vis 10 billion wearable devices and 6 billion smartphones.

So, app devs take heed: The grass is really gonna be greener on the IoT side of things.

Free apps will be the flooding the app stores, say industry insiders. If it stands at 75% now, by 2016, it would touch a spectacular 93%. Needless to say, in-app purchases would be the main source of revenue for these apps. Even hybrid apps are expected to gain considerable ground in the coming year.

Ensure rapid app development @ Schumacher’s speed. Yes. The time gap between app idea and app launch has to be significantly reduced if you really wish to beat the competition hands down. Yes, the app space is gonna be very very competitive, going forward.  And if you do things at the snail’s pace, user’s won’t be inspired enough to download your app. So, show some speed and character. Let your app reflect some speed and character too. It would lead to a win-win situation both for you and your client as well. And, of course, you will be minting more money that usual.

No other way out! What to do? Given that in-app advertisement will grow unstoppably in the coming year, and in the years ahead as well, so developers can’t simply sit tight. They really have to go out of their way to find  the most profitable ad networks that they could benefit from. That apart, they also need to ensure the ads do not hamper the in app-experience of the users, anywhichway. So too much of ads – a complete no, no.

This is our forecast for the forthcoming year.  Was it worth your time and effort? Was it pithy or pitiful? Go ahead. Share your views in the comment box below. We are all eyes and ears.