Angular vs Vue – the Framework to Choose in 2021 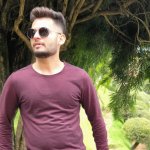 Angular vs Vue: JavaScript frameworks have set a never-ending trend in the world of front-end development. They can build cross-platform mobile apps with ease and are better for future prospects. But, not all the frameworks are equally famous.

New frameworks like Vue and Ember are gaining popularity with their exceptional options. On the other hand, frameworks like jQuery and Aurelia are not effective in the JavaScript world today. They struggle to gain the attention of mobile app developers – a mandate in the development world.

So, talking about the JavaScript frameworks to look forward to in 2020, Vue and Angular stand out. Now, as angular and vue are popular frameworks, it’s worth debating on their choice.

We will briefly discuss both the JavaScript frameworks and look into their comparisons for a clearer picture.

Google’s Angular is an open-source framework that builds dynamic websites and applications. It falls under the MEAN stack, and a wide range of code editors support it. The latest version Angular 8, has various exciting features. It includes differential loading, dynamic import for lazy routes, CLI workflow improvements, Node 10, and TypeScript 3.4 support.

On the other hand Evan You’s Vue is also an open-source framework, and it can tackle challenges associated with Angular and React. It’s highly popular in the market to develop a simple page web application. The latest version, 2.6, has some thrilling features and updates. It includes Slots’ introduction, Async error handling, template compile warnings with source information, Explicit creation of standalone reactive objects, etc.

There will be several reasons why the brands, as mentioned above, adopted Vue and Angular. We will list a few of them below.

Here are some of the benefits of Angular using it as your framework. They are as follows:

AngularJS offers developers an extensive linking module for single-page app development. It assists in understanding how Ajax works and introduces its advantages to your app project.

As we know now, Angular 8 provides various features, tools, and filters to make the development environment better and faster. These features include lazy loading, virtual scrolling, a preview of Ivy, Node 10 support, etc.

Angular IO provides you with advanced refactoring and debugging options that aid developers in testing and maintenance processes. Plus, it can test complete projects with a single testing tool like Jasmine, Karma, or Protractor. It cuts down the hassle of developers to ensure super-effective results.

Angular CLI is easy to install and use. It serves mobility experts with effective testing tools and simpler commands. Several engineers and platforms support it to let you update all the app components. It also includes the ones having a dependency on third-party libraries and APIs.

Are you looking to Hire AngularJS Developers for your project? Then, we have a team of highly-qualified and experienced developers in the field.

Now, Let’s have a look at the benefits of Vue to help you make a better choice in the Angular vs Vue debate.

It is one of the most popular front-end JavaScript frameworks emerging today. The benefits of Vue are as follows:

Vue CLI was the most popular JavaScript framework in 2019. It has a basic CLI compared to other frameworks, including Angular. Plus, it has an updated and extensive documentation. Such reasons make it the first choice for ones entering the development arena.

You can have your app as light as 18kb after zipping. It helps you in targeting the user base demanding low memory consumption with impressive features.

The framework is written in JavaScript and has the property of cleaner codes. So, it’s easy to read and understand the code for taking the app development process further.

Vue facilitates an easier and simpler integration process. So, it lets you build both single-page applications from scratch and integrate the high-end components into an existing one. That’s why the framework is the developers’ favorite.

One of the key reasons why developers prefer Vue is its app size. It has a minimal app size, and hence the application is faster to download and employ.

Another benefit that Vue provides is the option of server-side rendering. It improves the client’s end working on pages’ speed. Thus, resulting in a better user experience.

Are you planning to Hire VueJS Developers for your project? Then, we have got a team of highly skilled and dedicated developers to serve you the best.

Now, you already know the benefits of using both frameworks. So, it’s time to jump into the JavaScript comparison to help you choose a better framework as per your business needs.

As per the State of JavaScript survey in 2018, the percentage of people who never heard about Vue dropped from 5% to 1% in just one year. Hence, it signifies the growing popularity of Vue.

As per GitHub, despite Vue getting higher stars and forks, it lags in the number of commits and contributors. So, that makes it tough to say which framework is better in regards to popularity.

If you want to develop an Angular application, you need to learn concepts like TypeScript and MVC. But, as is not the case with Vue.

Vue arrived after various frameworks, including React and Angular. That makes it much simpler than Angular in terms of design and API. In simpler words, Angular comes with much higher complexity than Vue in the development arena.

Another key component that influences the decision of choosing the right framework is its architecture. Angular implements MVVM (Model-View-ViewModel) and MVC (Model-View-Controller) for creating dynamic websites and web applications.

On the other hand, Vue primarily focuses on the ViewModel only and shows limited data. That makes Vue inferior to Angular in the development world. Hence, we can say that Angular has the edge over Vue in terms of architecture.

If you have to choose between Angular and Vue in terms of scalability, the former lead the battle. It is because Angular has a proper modular development structure. On the contrary, Vue employs template-based syntax to reduce the reusability of code in large-size apps.

Angular is well integrated with TypeScript – JavaScript’s upgraded version. You cannot code in the Angular ecosystem without using TypeScript.

On the other hand, Vue considers JavaScript for writing codes. However, it also provides Vue developers with official typings and decorators to collaborate with TypeScript features into the Vue development environment.

It is the next important factor that holds the key to choosing between Vue and Angular.

Vue is less opinionated than Angular and provides developers with official support for a wide range of build systems. It gives no constraint upon the app structure. So, we can say that Vue is a better option over Angular in terms of flexibility and freedom.

The recent Angular versions have traits like AOT compilation and tree-shaking, which reduces the app size to a considerable rate. But, an Angular-based app is not so light as the one built using the Vue framework. Plus, the loading time depends heavily on app size. Hence, the Vue mobile app ensures faster loading.

Thus, Vue has the edge over Angular here.

When you talk about web and mobile app development, the performance level is directly linked with DOM (Document Object Model). Angular uses real DOM to render the complete web/app page by changing a single component.

On the other hand, Vue works with virtual DOM, where you can reflect the changes in real DOM only on the modified components. It accelerates app performance. Thus, making Vue a clear winner over Angular in the front-end frameworks market.

At once, it was necessary to focus on writing a good Angular application to reap the perks of lazy loading, AOT, module system, and related features. But, the latest upgrade, Angular 8, has revolutionized the whole picture. It has introduced options like differential loading, CLI workflow improvements, dynamic import for lazy routes, and more. Hence, easing the deployment process.

On the other hand, in Vue, you can either import anything to your app environment or develop a complex local setup to regulate code optimizations. It even lets you employ lazy loading of components or pre-compile the templates available on Vue.

Just as React, Vue always relies on the concept of one-way data binding. Here, you cannot alter the UI elements before changing the model state. However, Angular uses a two-way binding approach where the model changes the UI element and vice-versa.

Two-way binding looks like an easier method but not as good as Vue’s one-way data binding approach. It lags in terms of making faster data flow and creating non-trivial apps in a short time.

In terms of testing, Angular is a better choice over Vue. It offers a great testing mechanism and multiple tools like Jasmine and Karma that test the complete development code individually.

On the contrary, Vue lacks the proper testing guidelines. Hence, making it tough for developers to deliver a bug-free application.

An open-source community fully drives vue. Hence, it lags behind Angular and other JS frameworks related to the number of watchers, stars, and forks on GitHub. Plus, Vue’s migration helper tool is not effective for large-scale applications. That’s due to the absence of a roadmap that concentrates on versioning and its plans. Such factors indicate that Angular is a winner over Vue in regards to community support.

On the other hand, you can use Vue to design lightweight single-page web applications with an easy interface.

Hence, those mentioned above will help you in choosing the right option and gain maximum benefits. But, it’s better to look into which JS framework is best suited for which situation. 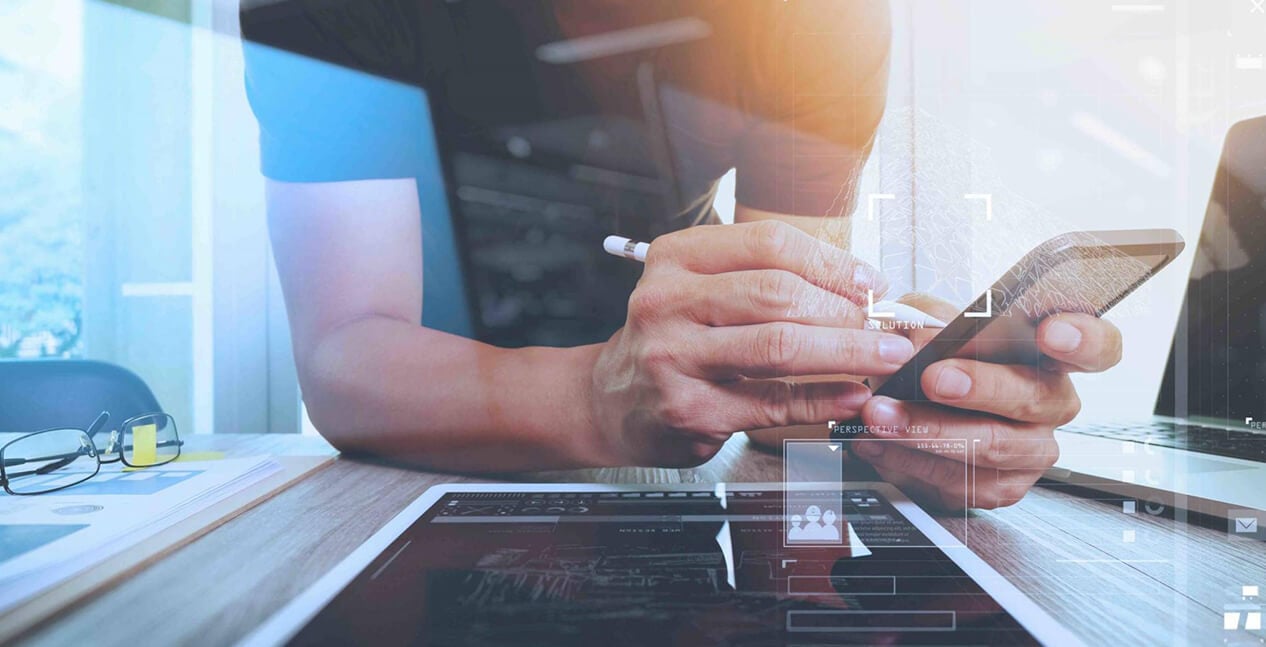