In the world of electronics and technology, companies and developers are constantly on the lookout for “the next big thing.” In the early 1990s that “thing” was the laptop computer, which gave users the ability to suddenly be productive while on the go. In 2007, Apple single handedly transformed that “next big thing” into the smartphone – a device that could fit in the palm of your hand that offered more power than the equipment that NASA used to put men on the moon in the 1960s. Many industry analysts and professionals predicted that the current “next big thing” will be even smaller and more versatile than the iPhone and similar devices – wearable technology.

What is Wearable Technology? Wearable technology is a category of device that is named very literally. As that name suggests, it’s a term used to describe technological devices that you physically wear on your body instead of carrying with you. This can include a “smart watch” that exists on your wrist like a traditional wrist watch, for example This can also include a pair of glasses with LED screens that you wear on your face, similar to the way you would a regular pair of eyeglasses or sunglasses.

In order to be truly considered a piece of wearable technology, a device needs to be incorporated into items of clothing, accessories or other elements that can be comfortably worn on the body instead of carried.

The Growth of Wearable Devices Wearable technology and devices may seem like a recent trend, but in reality they have actually been growing for quite some time. If you want to strict to the most technical definition of a wearable device, armor would fall firmly into the category and that dates back to around 333 BC.

In more modern terminology, the first major salvo into the world of wearable devices came from IBM and Olympus in December of 1999. They released the PC Eye-Trek during that year, which actually shares quite a few similarities (at least conceptually) with Google Glass.

Google Glass is a wearable computer that was designed by the search engine giant to include an optical, head-mounted display. It is designed to mimic much of the same functionality that one can expect from a traditional computer, only in a way that displays information similarly to a smart phone in a hands-free environment. In addition to being a wearable device, Google Glass also falls into a category called augmented reality because it is designed to provide people information about the world around them as they travel through their daily lives.

Google Glass represents the biggest advancement in wearable technology in the history of the format. Not only is the actual product one of the most complex and feature-filled, but Google is also the biggest company to throw its proverbial hat into this particular ring.

Samsung also released the Samsung Galaxy Gear in September of 2013, which represented another bold step forward for the format. The Galaxy Gear is designed to mimic and sometimes compliment the functionality of a traditional smartphone, only on a device that you wear on your wrist like a watch. It is predicted that Apple will also release a “smart watch” in the near future.

The challenges that wearable devices will have to overcome in order to be successful can be separated into a few distinct categories. For starters, these devices will need dramatically better methods for performance and power management than they currently have. People are used to charging a smart phone on a daily basis and perhaps even expect to on some level, for example. With a device like a smart watch, however, it’s generally considered to be unacceptable to have to charge the battery on the same frequency due to the size of the device and what it’s used for.

The Possibilities of Apps for Wearable Devices 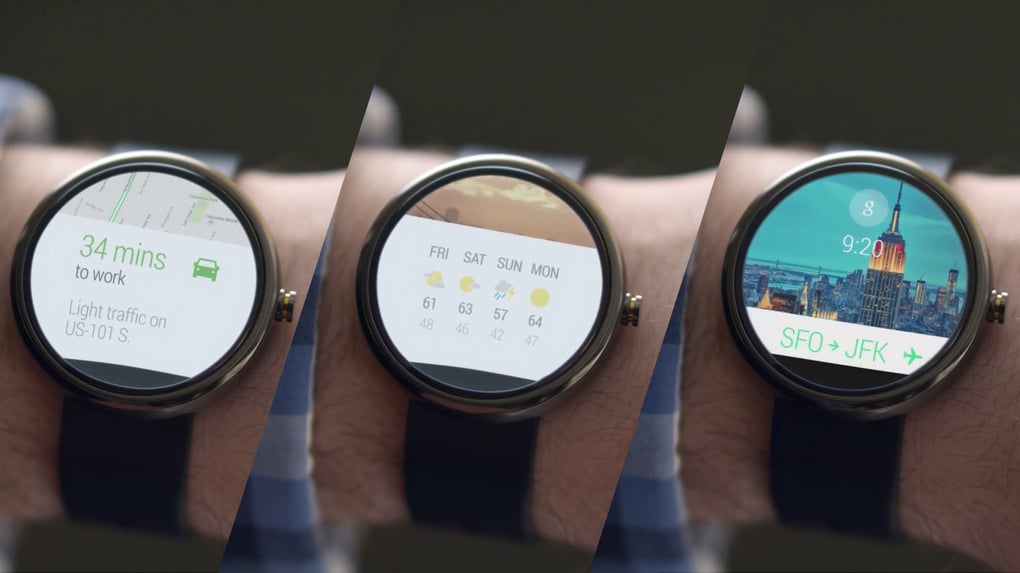 No piece of wearable technology will be successful without a robust selection of apps to go with it. It is estimated that mobile apps in general will be downloaded in excess of 268 billion times by 2017, for example. The revenue associated with these downloads could be as much as $77 billion dollars.

Analysts have forecasted that half of all of the app interactions by the year 2017 will come from wearable devices. In the current term, a shortage of quality apps has been one of the downfalls of wearable technology.

Apps on a wearable device will need to be developed and designed differently than traditional mobile apps. Many apps won’t necessarily have a user interface, for example, which would be common in the case of an app designed to monitor a person’s heart rate. Instead, that interface would need to be offloaded to a person’s smart phone for configuration, input, output, content creation and more.

Offloading the interface on a wearable device to an attached smartphone would help keep devices like smart watches small and efficient. The apps themselves would be as easy to maintain as they are on a traditional mobile device like a smart phone or tablet. The apps can even be configured to allow for voice prompts, which would let the user speak into their mobile phone and control the wearable device through voice commands.